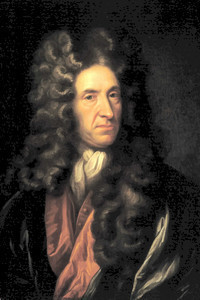 Daniel Defoe, born Daniel Foe, was an English writer, journalist, and pamphleteer, who gained enduring fame for his novel Robinson Crusoe. Defoe is notable for being one of the earliest practitioners of the novel, as he helped to popularise the form in Britain, and is even referred to by some as one of the founders of the English novel. A prolific and versatile writer, he wrote more than five hundred books, pamphlets, and journals on various. For his famous novel, Robinson Crusoe (1719), DeFoe may have based part of his narrative on the true story of the Scottish castaway Alexander Selkirk and perhaps also inspired by the translation of Abubacer’s Philosophus Autodidactus, an earlier novel also set on a desert island. (source: Wikipedia)

A Journal of the Plague Year is a novel by Daniel Defoe, first published in March 1722. The novel is a fictionalised account of one man’s experiences of...read more »

History of the Great Plague in London (1894)

The History of the Great Plague in London in the Year 1665, Containing Observations and Memorials of the Most Remarkable Occurrences, Both Public and Pr...read more »

Moll Flanders recounts the story of her extraordinary life, from her birth in Newgate prison to her declining years in married prosperity. After being s...read more »

This classic story of a shipwrecked mariner on a deserted island is perhaps the greatest adventure in all of English literature. Fleeing from pirates, R...read more »

The Further Adventures of Robinson Crusoe (1719)

Having returned safely home, Crusoe marries and starts a family. But despite his prosperous life, he finds nothing to challenge him and suffers from a b...read more »

The Life, Adventures & Piracies of the Famous Captain Singleton (1720)

The narrative describes the life of an Englishman, stolen from a well-to-do family as a child and raised by Gypsies who eventually makes his way to sea...read more »