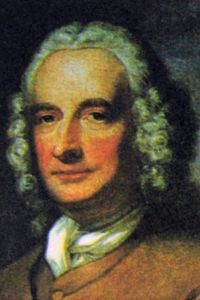 Henry Fielding was an English novelist and dramatist known for his rich earthy humour and satirical prowess, and as the author of the novel Tom Jones. Aside from his literary achievements, he has a significant place in the history of law-enforcement, having founded (with his half-brother John) what some have called London’s first police force, the Bow Street Runners, using his authority as a magistrate. (source: Wikipedia)

A foundling of mysterious parentage brought up by Mr. Allworthy on his country estate, Tom Jones is deeply in love with the seemingly unattainable Sophi...read more »