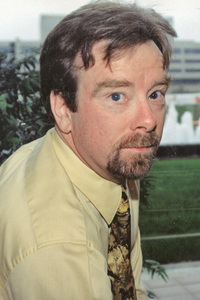 Kelly is an American science fiction author who began publishing in the 1970’s and remains to this day an important figure in the science fiction field. He made his first fiction sale in 1975, and has since been a major force in the science fiction field. Throughout the 1980s, he and friend John Kessel became involved in the humanist/cyberpunk debate. While Kessel and Kelly were both humanists, Kelly also wrote several cyberpunk-like stories, such as The Prisoner of Chillon and Rat. His story Solstice was published in Bruce Sterling’s anthology Mirrorshades: The Cyberpunk Anthology. He’s won several awards including the 1995 Hugo Award for his novelette Think Like a Dinosaur and again in 1999 for his novelette 1016 to 1. In 2006 his novella, Burn won the Nebula Award. (source: Wikipedia)

Colonization is the theme of this exciting, complex page-turner that provides a provocative and entertaining look at Thoreau’s classic eco-text Walden. ...read more »