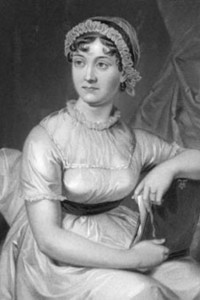 Jane Austen was an English novelist and whose social commentary and masterful use of both free indirect speech and irony eventually made her one of the most influential and honoured novelists in English literature. Her novels were all written and set around the Regency Era.

Jane Austen was born in Steventon, Hampshire, one of two daughters and six brothers of the Reverend George Austen and his wife Cassandra. Two of her brothers, James and Henry, followed in their father’s path and joined the Anglican clergy, while two other brothers Francis and Charles both pursuedn naval careers. A fifth brother, George, had a disability, and did not live with the family. Austen’s sister, like her mother, was named Cassandra. Austen never married and died at age 41. (source: Wikipedia)

The victim of a vicious scandal, the impoverished Lady Susan is obliged to take up residence with her brother-in-law and his family. Refusing to resign ...read more »

A poor young girl, Fanny, is sheltered by Sir Thomas and Lady Bertram, her uncle and aunt) along with their four children, Tom, Edmund, Maria and Julia,...read more »

Anne Elliot is one of Austen’s quietest heroines, but also one of the strongest and the most open to change. She lives at the time of the Napoleonic war...read more »

Elizabeth Bennet is Austen’s most liberated and unambiguously appealing heroine, and Pride and Prejudice has remained over most of the past two centurie...read more »

The story revolves around two sisters, Elinor and Marianne. Elinor is level-headed and self-controlled. Marianne is passionate and impulsive. When their...read more »