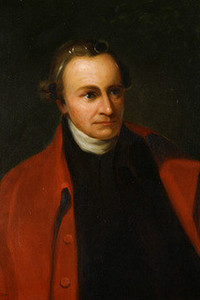 Patrick Henry was a prominent figure in the American Revolution, known and remembered for his “Give me Liberty, or give me Death!” speech, and one of the Founding Fathers of the United States. Along with Samuel Adams and Thomas Paine, he is remembered as one of the most influential (and radical) advocates of the American Revolution and republicanism, especially in his denunciations of corruption in government officials and his defence of historic rights. (source: Wikipedia)