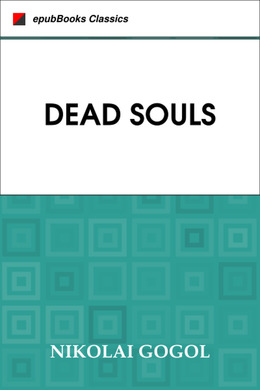 A stranger arrives in a Russian backwater community with a bizarre proposition for the local landowners: cash for their ‘dead souls,’ the serfs who have died in their service. A comic masterpiece. Dead Souls is eloquent on some occasions, lyrical on others, and pious and reverent elsewhere. Nicolai Gogol was a master of the spoof. The American students of today are not the only readers who have been confused by him. Russian literary history records more divergent interpretations of Gogol than perhaps of any other classic.

To the door of an inn in the provincial town of N. there drew up a smart britchka–a light spring-carriage of the sort affected by bachelors, retired lieutenant-colonels, staff-captains, land-owners possessed of about a hundred souls, and, in short, all persons who rank as gentlemen of the intermediate category. In the britchka was seated such a gentleman–a man who, though not handsome, was not ill-favoured, not over-fat, and not over-thin. Also, though not over-elderly, he was not over-young. His arrival produced no stir in the town, and was accompanied by no particular incident, beyond that a couple of peasants who happened to be standing at the door of a dramshop exchanged a few comments with reference to the equipage rather than to the individual who was seated in it. “Look at that carriage,” one of them said to the other. “Think you it will be going as far as Moscow?” “I think it will,” replied his companion. “But not as far as Kazan, eh?” “No, not as far as Kazan.” With that the conversation ended. Presently, as the britchka was approaching the inn, it was met by a young man in a pair of very short, very tight breeches of white dimity, a quasi-fashionable frockcoat, and a dickey fastened with a pistol-shaped bronze tie-pin. The young man turned his head as he passed the britchka and eyed it attentively; after which he clapped his hand to his cap (which was in danger of being removed by the wind) and resumed his way. On the vehicle reaching the inn door, its occupant found standing there to welcome him the polevoi, or waiter, of the establishment–an individual of such nimble and brisk movement that even to distinguish the character of his face was impossible. Running out with a napkin in one hand and his lanky form clad in a tailcoat, reaching almost to the nape of his neck, he tossed back his locks, and escorted the gentleman upstairs, along a wooden gallery, and so to the bedchamber which God had prepared for the gentleman’s reception. The said bedchamber was of quite ordinary appearance, since the inn belonged to the species to be found in all provincial towns–the species wherein, for two roubles a day, travellers may obtain a room swarming with black-beetles, and communicating by a doorway with the apartment adjoining. True, the doorway may be blocked up with a wardrobe; yet behind it, in all probability, there will be standing a silent, motionless neighbour whose ears are burning to learn every possible detail concerning the latest arrival. The inn’s exterior corresponded with its interior. Long, and consisting only of two storeys, the building had its lower half destitute of stucco; with the result that the dark-red bricks, originally more or less dingy, had grown yet dingier under the influence of atmospheric changes. As for the upper half of the building, it was, of course, painted the usual tint of unfading yellow. Within, on the ground floor, there stood a number of benches heaped with horse-collars, rope, and sheepskins; while the window-seat accommodated a sbitentshik , cheek by jowl with a samovar –the latter so closely resembling the former in appearance that, but for the fact of the samovar possessing a pitch-black lip, the samovar and the sbitentshik might have been two of a pair.

During the traveller’s inspection of his room his luggage was brought into the apartment. First came a portmanteau of white leather whose raggedness indicated that the receptacle had made several previous journeys. The bearers of the same were the gentleman’s coachman, Selifan (a little man in a large overcoat), and the gentleman’s valet, Petrushka–the latter a fellow of about thirty, clad in a worn, over-ample jacket which formerly had graced his master’s shoulders, and possessed of a nose and a pair of lips whose coarseness communicated to his face rather a sullen expression. Behind the portmanteau came a small dispatch-box of redwood, lined with birch bark, a boot-case, and (wrapped in blue paper) a roast fowl; all of which having been deposited, the coachman departed to look after his horses, and the valet to establish himself in the little dark anteroom or kennel where already he had stored a cloak, a bagful of livery, and his own peculiar smell. Pressing the narrow bedstead back against the wall, he covered it with the tiny remnant of mattress–a remnant as thin and flat (perhaps also as greasy) as a pancake–which he had managed to beg of the landlord of the establishment.