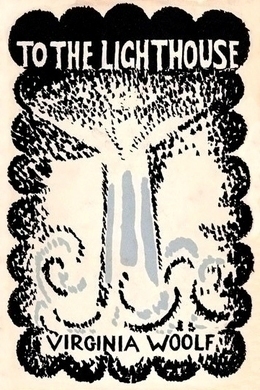 Set in the summer home of an English family, the novel unfolds through shifting perspectives of each character’s stream of consciousness, recalling childhood emotions and highlights of adult relationships. Shifts occur even mid-sentence, and in some sense they resemble the rotating beam of the lighthouse. A landmark of high modernism and one of Woolf’s best works. To the Lighthouse features the serene and maternal Mrs. Ramsay, the tragic yet absurd Mr. Ramsay, and their children and assorted guests who are on holiday on the Isle of Skye. From the seemingly trivial postponement of a visit to a nearby lighthouse, Virginia Woolf constructs a moving examination of the complex tensions and allegiances of family life and the conflicts within a marriage.

“Yes, of course, if it’s fine tomorrow,” said Mrs. Ramsay. “But you’ll have to be up with the lark,” she added.

To her son these words conveyed an extraordinary joy, as if it were settled, the expedition were bound to take place, and the wonder to which he had looked forward, for years and years it seemed, was, after a night’s darkness and a day’s sail, within touch. Since he belonged, even at the age of six, to that great clan which cannot keep this feeling separate from that, but must let future prospects, with their joys and sorrows, cloud what is actually at hand, since to such people even in earliest childhood any turn in the wheel of sensation has the power to crystallise and transfix the moment upon which its gloom or radiance rests, James Ramsay, sitting on the floor cutting out pictures from the illustrated catalogue of the Army and Navy stores, endowed the picture of a refrigerator, as his mother spoke, with heavenly bliss. It was fringed with joy. The wheelbarrow, the lawnmower, the sound of poplar trees, leaves whitening before rain, rooks cawing, brooms knocking, dresses rustling–all these were so coloured and distinguished in his mind that he had already his private code, his secret language, though he appeared the image of stark and uncompromising severity, with his high forehead and his fierce blue eyes, impeccably candid and pure, frowning slightly at the sight of human frailty, so that his mother, watching him guide his scissors neatly round the refrigerator, imagined him all red and ermine on the Bench or directing a stern and momentous enterprise in some crisis of public affairs.

“But,” said his father, stopping in front of the drawing-room window, “it won’t be fine.”

Had there been an axe handy, a poker, or any weapon that would have gashed a hole in his father’s breast and killed him, there and then, James would have seized it. Such were the extremes of emotion that Mr. Ramsay excited in his children’s breasts by his mere presence; standing, as now, lean as a knife, narrow as the blade of one, grinning sarcastically, not only with the pleasure of disillusioning his son and casting ridicule upon his wife, who was ten thousand times better in every way than he was (James thought), but also with some secret conceit at his own accuracy of judgement. What he said was true. It was always true. He was incapable of untruth; never tampered with a fact; never altered a disagreeable word to suit the pleasure or convenience of any mortal being, least of all of his own children, who, sprung from his loins, should be aware from childhood that life is difficult; facts uncompromising; and the passage to that fabled land where our brightest hopes are extinguished, our frail barks founder in darkness (here Mr. Ramsay would straighten his back and narrow his little blue eyes upon the horizon), one that needs, above all, courage, truth, and the power to endure.

“But it may be fine–I expect it will be fine,” said Mrs. Ramsay, making some little twist of the reddish brown stocking she was knitting, impatiently. If she finished it tonight, if they did go to the Lighthouse after all, it was to be given to the Lighthouse keeper for his little boy, who was threatened with a tuberculous hip; together with a pile of old magazines, and some tobacco, indeed, whatever she could find lying about, not really wanted, but only littering the room, to give those poor fellows, who must be bored to death sitting all day with nothing to do but polish the lamp and trim the wick and rake about on their scrap of garden, something to amuse them. For how would you like to be shut up for a whole month at a time, and possibly more in stormy weather, upon a rock the size of a tennis lawn? she would ask; and to have no letters or newspapers, and to see nobody; if you were married, not to see your wife, not to know how your children were,–if they were ill, if they had fallen down and broken their legs or arms; to see the same dreary waves breaking week after week, and then a dreadful storm coming, and the windows covered with spray, and birds dashed against the lamp, and the whole place rocking, and not be able to put your nose out of doors for fear of being swept into the sea? How would you like that? she asked, addressing herself particularly to her daughters. So she added, rather differently, one must take them whatever comforts one can.