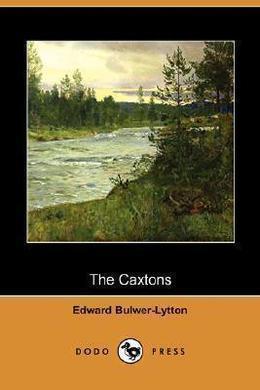 The Caxtons are; Austin Caxton, a scholar engaged on a great work, ‘The History of Human Error;’ his wife Kitty, much his junior; his brother Roland, the Captain, who has served in the Napoleonic campaigns; the two children of the latter, Herbert and Blanche; and Austin’s son, Pisistratus, who tells the story. The quiet country life of the family of Austin Caxton is interrupted by a visit to London. There Pisistratus, who has had a good school education, though he has not yet entered the university, is offered the position of secretary to Mr. Trevanion, a leader in Parliament. Lady Ellinor, Mr. Trevanion’s wife, was loved as a girl by Roland and Austin Caxton; but she had passed them both by to make a marriage better suited to an ambitious woman. By a freak of fate Pisistratus now falls in love with her daughter Fannie; and when he finds that his suit is hopeless, he gives us his position under Mr. Trevanion, and enters Cambridge University, where his college course is soon closed by the financial troubles of his father. A further outline of this story would give no idea of its charm. The mutual affection of the Caxtons is finely indicated, and the gradations of light and shade make a beautiful picture. Never before had Bulwer writen with so light a touch and so gentle a humor, and this novel has been called the most brilliant and attractive of productions. His gentle satire of certain phrases of political life was founded, doubtless, on actual experience.

“A boy,” said my father, looking up from his book, and evidently much puzzled: “what is a boy?”

Now my father did not mean by that interrogatory to challenge philosophical inquiry, nor to demand of the honest but unenlightened woman who had just rushed into his study, a solution of that mystery, physiological and psychological, which has puzzled so many curious sages, and lies still involved in the question, “What is man?” For as we need not look further than Dr. Johnson’s Dictionary to know that a boy is “a male child,”–i.e., the male young of man,–so he who would go to the depth of things, and know scientifically what is a boy, must be able to ascertain “what is a man.” But for aught I know, my father may have been satisfied with Buffon on that score, or he may have sided with Monboddo. He may have agreed with Bishop Berkeley; he may have contented himself with Professor Combe; he may have regarded the genus spiritually, like Zeno, or materially, like Epicurus. Grant that boy is the male young of man, and he would have had plenty of definitions to choose from. He might have said, “Man is a stomach,–ergo, boy a male young stomach. Man is a brain,–boy a male young brain. Man is a bundle of habits,–boy a male young bundle of habits. Man is a machine,–boy a male young machine. Man is a tail-less monkey,–boy a male young tail-less monkey. Man is a combination of gases,–boy a male young combination of gases. Man is an appearance,–boy a male young appearance,” etc., etc., and etcetera, ad infinitum! And if none of these definitions had entirely satisfied my father, I am perfectly persuaded that he would never have come to Mrs. Primmins for a new one.

But it so happened that my father was at that moment engaged in the important consideration whether the Iliad was written by one Homer, or was rather a collection of sundry ballads, done into Greek by divers hands, and finally selected, compiled, and reduced into a whole by a Committee of Taste, under that elegant old tyrant Pisistratus; and the sudden affirmation, “It is a boy,” did not seem to him pertinent to the thread of the discussion. Therefore he asked, “What is a boy?” vaguely, and, as it were, taken by surprise.

“The baby!” repeated my father, rising. “What, you don’t mean to say that Mrs. Caxton is–eh?”

“Yes, I do,” said Mrs. Primmins, dropping a courtesy; “and as fine a little rogue as ever I set eyes upon.”

“Poor dear woman,” said my father, with great compassion. “So soon, too–so rapidly,” he resumed, in a tone of musing surprise. “Why, it is but the other day we were married!”

“Bless my heart, sir,” said Mrs. Primmins, much scandalized, “it is ten months and more.”

“Ten months!” said my father with a sigh. “Ten months! and I have not finished fifty pages of my refutation of Wolfe’s monstrous theory! In ten months a child! and I’ll be bound complete,–hands, feet, eyes, ears, and nose!–and not like this poor Infant of Mind,” and my father pathetically placed his hand on the treatise, “of which nothing is formed and shaped, not even the first joint of the little finger! Why, my wife is a precious woman! Well, keep her quiet. Heaven preserve her, and send me strength–to support this blessing!”

“But your honor will look at the baby? Come, sir!” and Mrs. Primmins laid hold of my father’s sleeve coaxingly.

“Look at it,–to be sure,” said my father, kindly; “look at it, certainly: it is but fair to poor Mrs. Caxton, after taking so much trouble, dear soul!”

Therewith my father, drawing his dressing-robe round him in more stately folds, followed Mrs. Primmins upstairs into a room very carefully darkened.

“How are you, my dear?” said my father, with compassionate tenderness, as he groped his way to the bed.

A faint voice muttered: “Better now, and so happy!” And at the same moment Mrs. Primmins pulled my father away, lifted a coverlid from a small cradle, and holding a candle within an inch of an undeveloped nose, cried emphatically, “There–bless it!”

“Of course, ma’am, I bless it,” said my father, rather peevishly. “It is my duty to bless it–Bless It! And this, then, is the way we come into the world!–red, very red,–blushing for all the follies we are destined to commit.”

My father sat down on the nurse’s chair, the women grouped round him. He continued to gaze on the contents of the cradle, and at length said, musingly, “And Homer was once like this!”

At this moment–and no wonder, considering the propinquity of the candle to his visual organs–Homer’s infant likeness commenced the first untutored melodies of nature.

“Homer improved greatly in singing as he grew older,” observed Mr. Squills, the accoucheur, who was engaged in some mysteries in a corner of the room.