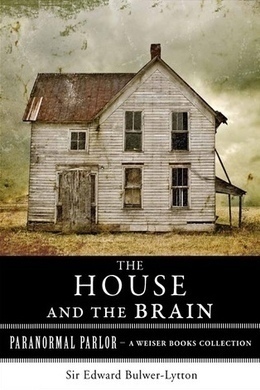 The Haunted and the Haunters

The House and the Brain

Lytton has presented a wicked and malicious persona that fulfills all demonic characteristics. This It is a fantastic epic romance is referred to as a ghost story as it is written in gothic style. The mysterious, exciting actions and shadowy atmosphere successfully ensnare reader’s attention.

A friend of mine, who is a man of letters and a philosopher, said to me one day, as if between jest and earnest, “Fancy! since we last met I have discovered a haunted house in the midst of London.”

“Well, I can’t answer that question; all I know is this: six weeks ago my wife and I were in search of a furnished apartment. Passing a quiet street, we saw on the window of one of the houses a bill, ‘Apartments, Furnished.’ The situation suited us; we entered the house, liked the rooms, engaged them by the week,–and left them the third day. No power on earth could have reconciled my wife to stay longer; and I don’t wonder at it.”

“Excuse me; I have no desire to be ridiculed as a superstitious dreamer,–nor, on the other hand, could I ask you to accept on my affirmation what you would hold to be incredible without the evidence of your own senses. Let me only say this, it was not so much what we saw or heard (in which you might fairly suppose that we were the dupes of our own excited fancy, or the victims of imposture in others) that drove us away, as it was an undefinable terror which seized both of us whenever we passed by the door of a certain unfurnished room, in which we neither saw nor heard anything. And the strangest marvel of all was, that for once in my life I agreed with my wife, silly woman though she be,–and allowed, after the third night, that it was impossible to stay a fourth in that house. Accordingly, on the fourth morning I summoned the woman who kept the house and attended on us, and told her that the rooms did not quite suit us, and we would not stay out our week.” She said dryly, “I know why; you have stayed longer than any other lodger. Few ever stayed a second night; none before you a third. But I take it they have been very kind to you.”

“‘Why, they who haunt the house, whoever they are. I don’t mind them. I remember them many years ago, when I lived in this house, not as a servant; but I know they will be the death of me some day. I don’t care,–I’m old, and must die soon anyhow; and then I shall be with them, and in this house still.’ The woman spoke with so dreary a calmness that really it was a sort of awe that prevented my conversing with her further. I paid for my week, and too happy were my wife and I to get off so cheaply.”

“You excite my curiosity,” said I; “nothing I should like better than to sleep in a haunted house. Pray give me the address of the one which you left so ignominiously.”

My friend gave me the address; and when we parted, I walked straight towards the house thus indicated.

It is situated on the north side of Oxford Street, in a dull but respectable thoroughfare. I found the house shut up,–no bill at the window, and no response to my knock. As I was turning away, a beer-boy, collecting pewter pots at the neighboring areas, said to me, “Do you want any one at that house, sir?”

“Let!–why, the woman who kept it is dead,–has been dead these three weeks, and no one can be found to stay there, though Mr. J—- offered ever so much. He offered mother, who chars for him, £1 a week just to open and shut the windows, and she would not.”

“The house is haunted; and the old woman who kept it was found dead in her bed, with her eyes wide open. They say the devil strangled her.”

“Where does he live?”

“What is he? In any business?”

“No, sir,–nothing particular; a single gentleman.”