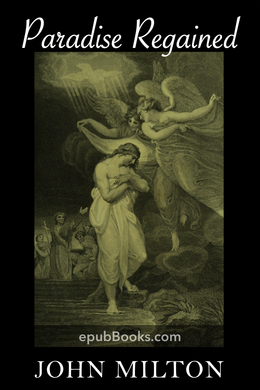 Satan is out for revenge. His rebellion has failed, he has been cast out from heaven and is doomed to spend eternity in hell. Somehow he must find a way to prove his power and wound his enemies. He fixes upon God’s beloved new creations, Adam and Eve, as the vehicles of his vengeance. In this dramatic and influential epic, Milton tells the story of the serpent and the apple, the fall of man and the exile from paradise in stunningly vivid and powerful verse.

I, who erewhile the happy Garden sung By one man’s disobedience lost, now sing Recovered Paradise to all mankind, By one man’s firm obedience fully tried Through all temptation, and the Tempter foiled In all his wiles, defeated and repulsed, And Eden raised in the waste Wilderness.