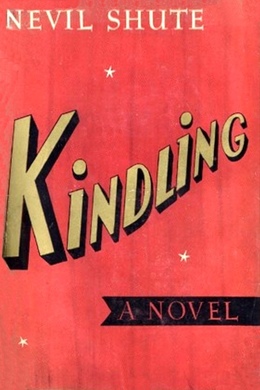 Through a series of mishaps, Henry Warren, a recently divorced City financier, ends up in hospital in a Northern town ruined by the closure of its shipyard. Moved by the fate of the town’s inhabitants, Warren risks his fortune and reputation to save the shipyard and restore the town to its former prosperity. In seeking to change the fate of the town, he radically changes his own.

During the winter the pace accelerated tremendously for Mr Henry Warren. In spite of the depression the banking house of Warren Sons and Mortimer had never had so much to do; as his marriage slid away to nothing the work piled heavily upon him.

The last fortnight was a bad one. Monday began with two conferences in the morning on the Moresley Corporation (1933) Development Loan, followed by lunch at the Savoy with Plumberg to discuss the Silver Conservation Pact. From Mr Plumberg he went to call on Mr Heinroth in Copthall Avenue to enlist his aid in the matter of the Finnish Equalization Account; he found Mr Heinroth difficult and it was not until after six o’clock that some measure of agreement was attained. He reached his office at about six-thirty and telephoned his house in Grosvenor Square about dinner; his butler told him that Mrs Warren would be dining out.

He worked till half-past eight and dined, alone and rather extravagantly, at his club.

Tuesday continued the business of the Moresley Corporation and the Finnish Equalization Account; the latter robbed him of his lunch. From twelve till four he was speaking on the telephone or waiting irritably for calls, calls from Helsingfors, from Stockholm, from Berlin. At four o’clock he spoke to Heinroth on the telephone, and then settled down to earnest work with all his staff to clear himself of business for the next two days. He left his office at ten minutes to nine; by ten o’clock he was at Croydon boarding the night plane for Stockholm.

He slept fitfully in the plane during the long crossing to Amsterdam in spite of the rainy, squally night. In the early hours he was awake from Amsterdam to Malmo, but in the cold grey dawn he got a little sleep between Malmo and Barkaby, the airport of Stockholm. By half-past nine he had had a cup of coffee and a shave and was in conference in a banking house in Stockholm; by one o’clock he was in the air again and on his way to Helsingfors.

He was in conference in Helsingfors from five o’clock till midnight. All the negotiations took place in German; he spoke the language competently but not fluently, and by midnight he was very tired. He rested for a few hours then, but by eight o’clock he was in the air again on the short sea crossing to Tallin, on his way down to Berlin.

He met his agent on the aerodrome at Tallin and made him travel with him on the next stage; they talked in German for an hour down to Riga. Then he went on alone, through Kaunas and Königsberg on to Berlin. He managed to sleep a little on the latter stage, and got out of the machine at Templehof dazed and unwell.

An hour later, spruce and neat, he was in conference again with his associates in Berlin; by nine o’clock he was back at the Templehof to catch the night mail plane for England. He dozed fitfully to Amsterdam, where he drank a cup of coffee with a cognac in the middle of the night; then he slept soundly, if uneasily, to Croydon. He reached his house in Grosvenor Square before the milk, before his servants were awake, slept for an hour, had a bath and dressed, and went down to his office in the City.

He did not see Elise. She did not normally appear before he left the house.

That day, Friday, was an easy day. He had a talk with Heinroth in the morning; the Finnish business moved another step upon its way. His secretary told him the result of the Council meeting of the Moresley Corporation—not so good. The secretary had made an appointment for him to meet them that afternoon, at four o’clock.

Moody and depressed, he lunched alone. If they didn’t want the money, they needn’t have it. Corporations had to cut their coat according to their cloth, like other people.

They came to him in the afternoon, a deputation of three. He knew them well, these members of the Finance Committee—Sir Thomas Lambe, the chairman, whose grocer’s shops extended all around the city, Mr Tom Bullock, who had been a petty officer in the Navy and now drove a tram, and the other one whose name he never managed to remember—Mr Bung the Brewer. He greeted them courteously and settled them with cigarettes before his massive desk. The meeting was on.

A quarter of an hour later they had reached a deadlock.

‘Taking it your way, Mr Warren,’ said the chairman, pink-cheeked and ruddy, ‘it’d mean another fourpence on the rates—after allowing for the Park receipts. The Council won’t like that.’

‘Ratepayers won’t like it, neither,’ said Mr Bullock. ‘Not next November.’

There was a silence.

Mr Bung the Brewer said wheezily, ‘But there’s the bottle factory waiting to come to Moresley, soon as we get these sites opened up with the Western Road. There’s seventy employed, right from the start.’