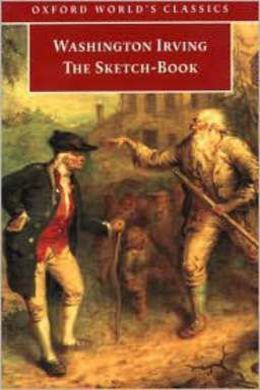 This collection of stories from Washington Irving includes some of America’s best-known works of fiction-such as the famous Rip Van Winkle and The Legend of Sleepy Hollow-as well as lesser-known works as The Specter Bridegroom, Westminster Abbey, English Writers on America, Stratford on Avon, The Art of Bookmaking, The Mutability of Literature, and The Christmas Quintet.

I was always fond of visiting new scenes, and observing strange characters and manners. Even when a mere child I began my travels, and made many tours of discovery into foreign parts and unknown regions of my native city, to the frequent alarm of my parents, and the emolument of the town crier. As I grew into boyhood, I extended the range of my observations. My holiday afternoons were spent in rambles about the surrounding country. I made myself familiar with all its places famous in history or fable. I knew every spot where a murder or robbery had been committed, or a ghost seen. I visited the neighboring villages, and added greatly to my stock of knowledge, by noting their habits and customs, and conversing with their sages and great men. I even journeyed one long summer’s day to the summit of the most distant hill, whence I stretched my eye over many a mile of terra incognita, and was astonished to find how vast a globe I inhabited.

This rambling propensity strengthened with my years. Books of voyages and travels became my passion, and in devouring their contents, I neglected the regular exercises of the school. How wistfully would I wander about the pier-heads in fine weather, and watch the parting ships, bound to distant climes; with what longing eyes would I gaze after their lessening sails, and waft myself in imagination to the ends of the earth!

Further reading and thinking, though they brought this vague inclination into more reasonable bounds, only served to make it more decided. I visited various parts of my own country; and had I been merely a lover of fine scenery, I should have felt little desire to seek elsewhere its gratification, for on no country had the charms of nature been more prodigally lavished. Her mighty lakes, her oceans of liquid silver; her mountains, with their bright aerial tints; her valleys, teeming with wild fertility; her tremendous cataracts, thundering in their solitudes; her boundless plains, waving with spontaneous verdure; her broad, deep rivers, rolling in solemn silence to the ocean; her trackless forests, where vegetation puts forth all its magnificence; her skies, kindling with the magic of summer clouds and glorious sunshine;–no, never need an American look beyond his own country for the sublime and beautiful of natural scenery.

But Europe held forth all the charms of storied and poetical association. There were to be seen the masterpieces of art, the refinements of highly cultivated society, the quaint peculiarities of ancient and local custom. My native country was full of youthful promise; Europe was rich in the accumulated treasures of age. Her very ruins told the history of the times gone by, and every mouldering stone was a chronicle. I longed to wander over the scenes of renowned achievement–to tread, as it were, in the footsteps of antiquity–to loiter about the ruined castle–to meditate on the falling tower–to escape, in short, from the commonplace realities of the present, and lose myself among the shadowy grandeurs of the past.

I had, besides all this, an earnest desire to see the great men of the earth. We have, it is true, our great men in America: not a city but has an ample share of them. I have mingled among them in my time, and been almost withered by the shade into which they cast me; for there is nothing so baleful to a small man as the shade of a great one, particularly the great man of a city. But I was anxious to see the great men of Europe; for I had read in the works of various philosophers, that all animals degenerated in America, and man among the number. A great man of Europe, thought I, must therefore be as superior to a great man of America, as a peak of the Alps to a highland of the Hudson; and in this idea I was confirmed by observing the comparative importance and swelling magnitude of many English travellers among us, who, I was assured, were very little people in their own country. I will visit this land of wonders, thought I, and see the gigantic race from which I am degenerated.

It has been either my good or evil lot to have my roving passion gratified. I have wandered through different countries and witnessed many of the shifting scenes of life. I cannot say that I have studied them with the eye of a philosopher, but rather with the sauntering gaze with which humble lovers of the picturesque stroll from the window of one print-shop to another; caught sometimes by the delineations of beauty, sometimes by the distortions of caricature, and sometimes by the loveliness of landscape. As it is the fashion for modern tourists to travel pencil in hand, and bring home their portfolios filled with sketches, I am disposed to get up a few for the entertainment of my friends.