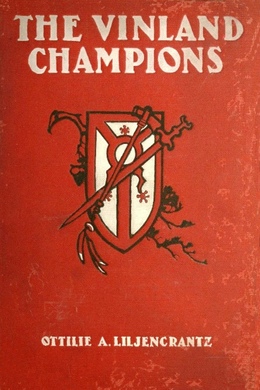 It happened first in the history of the New World lands that the Northman Biorn Herjulfsson saw them when he had lost his way in journeying to Greenland. But he lacked the adventuresomeness to go ashore and explore them. Then Leif the Lucky, son of Eric the Red of Greenland, heard of the omission and set out to remedy it. He rediscovered the lands and went upon them and named them, after which he built booths at a place he called Vinland and passed a winter there. Next, Leif’s brother Thorwald Ericsson came over the ocean; but his luck was less for he was shipwrecked on one cape and killed on another, and his men returned disheartened. He was followed by the third brother, Thorstein; but this expedition had no success whatever for they spent a whole summer in wandering in a circle that landed them finally upon the west coast of Greenland itself. And here Thorstein died of a plague, leaving his young wife Gudrid to return to the hospitality of Leif at Brattahlid.

For four days the Wind-Raven had drifted blindfold in a fog, and now the fifth day had dawned with no prospect of release and the explorers were hard put to it for amusement. On the after-deck the helmsman had sought comfort in his ale horn; spread over the benches below, the two-score men of the crew were killing time with chess games; and the twenty-odd boys who completed the company had turned the forepart of the ship into a swimming beach around which they sported with the zest of young seals. On the murky waves their yellow heads bobbed like so many oranges. The forecastle swarmed with them as they chased one another across it, their wet bodies glimmering moth-like in the grayness. And the first two benches were covered with those whom lack of breath had induced to pause and burrow in the heaps of clothing scattered there.

The center of the group of loungers was a brown-haired brown-eyed brown-cheeked boy relating with a grin of appreciation a story of Viking horse-play. The laughter which applauded him ceased only when a lad with a sword approached and set the laughers to dodging thrusts.

“Your noses are as blue as Gudrid’s eyes,” the newcomer scoffed, sprinkling them with tosses of his dripping red mane. “Rouse up, Alrek of Norway, and have a bout with me to set your blood to moving.”

The brown-eyed boy looked around without enthusiasm; and from the others rose a disparaging chorus:

“There are more chances that you will set your own blood to running—-“ “Hallad once had the same belief in—-“ “Perhaps the water has blurred the Red-Head’s memory so he thinks it was he who won the dwarfs’ sword last winter.”

The Red-Haired became also the Red-Cheeked; he was overgrown and undisciplined and his temper appeared to be hung as loosely as his limbs. “If you allow him to think,” he cried, “that we twenty Greenlanders are afraid to fight him because he was bred in a Viking camp while we are farm-reared, I will challenge him where I stand.” He was swelling his chest as if to devote his next breath to defiance, when he was prevented by Alrek of Norway himself.

“I will not fight you, but you may have your way about fencing,” the young Viking consented, rising leisurely and laying aside his cloak of soldier scarlet. Emerging from its folds, it could be seen that besides his brownness he was distinguished among his companions for the soldierly erectness with which he bore his broad-shouldered thin-flanked young body, and the compactness of the muscles that played under his burnished skin with the strong grace of a young tiger’s.

While he dug up his dwarf-made weapon from the mound of his clothing, the Red One ran up to the forecastle and kicked clear of ropes and garments a space in the center; and the loungers hitched themselves around to face the deck, and joined in elbowing off the swimmers as they came splashing in to see the sport.

Sport it unquestionably was at the beginning, for the camp-bred boy set the tune to a tripping measure that made the graceful blades seem to be kissing each other. Back and forth and up and down they went as in a dance, parry answering thrust so evenly that the ear grew to anticipate the clash and keep time to it as to music. But presently this very forbearance nettled the farm-bred lad so that he broke the rhythm with an unexpected stroke. Passing Alrek’s guard, it opened a red wound upon his brown breast. He accepted it with a grimace as good-humored as his fencing, but his opponent was unwise enough to let fly a cry of triumph. Alrek’s expression changed. The next time the Greenlander made use of that thrust, his blade was met with a force that jarred his arm to the shoulder. Under the hurt of it, he struck spitefully. Alrek answered in kind. Slowly, the even beat gave way to jerks of short sharp clatter, separated by pauses during which the two worked around each other with squaring mouths and kindling eyes.

With the beginning of the clatter, a short old man called Grimkel One-Eye and a long young man known as Hjalmar Thick-Skull, sitting at chess behind the mast, had put down their pieces to listen. Now, the discord continuing, old Grimkel left his place and strolled forward to the forecastle steps. Spying blood spots on the Greenlander’s white shoulders, he made Alrek of Norway a sign of warning. But the Viking boy did not even see him.