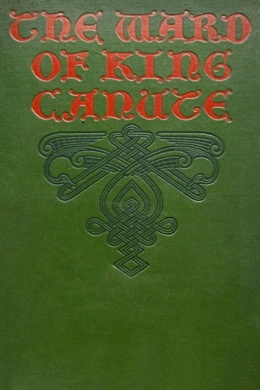 The Ward of King Canute

A Romance of the Danish Conquest

There is an old myth of a hero who renewed his strength each time he touched the earth, and finally was overcome by being raised in the air and crushed. Whether or not the Angles risked a like fate as they raised themselves away from the primitive virtues that had been their life and strength, no one can tell; but it has been well said that when Northern blood mingled with English blood at the time of the Danish Conquest, the Anglo-Saxon race touched the earth again.

As the blackness of the midsummer night paled, the broken towers and wrecked walls of the monastery loomed up dim and stark in the gray light. The long-drawn sigh of a waking world crept through the air and rustled the ivy leaves. The pitying angel of dreams, who had striven all night long to restore the plundered shrine and raise from their graves the band of martyred nuns, ceased from his ministrations, softly as a bubble frees itself from the pipe that shaped it, and floated away on the breath of the wind. Through a breach in the moss-grown wall, the first sunbeam stole in and pointed a bright finger across the cloister garth at the charred spot in the centre, where missals and parchment rolls had made a roaring fire to warm the invaders’ blood-stained hands.

As the lark rose through the brightening air to greet the coming day, a woman in the tunic and cowl of a nun opened what was left of the wicket-gate in the one unbattered wall. A trace of the luxury that had dwelt under the gilded spires survived in her robes, which had been of a royal purple and embroidered with silken flowers; but the voice of Time and of Ruin spoke from them also, for the purple was faded to a rusty brown, and the silken embroideries were threadbare. She struck a note in perfect harmony with her surroundings, as she stood under the crumbling arch, peering out into the flowering lane.

Stretching away from her feet in dewy freshness, it made a green link between the herb-garden of St. Mildred’s and the highway of the Watling Street. Like the straggling hedges that were half buried under a net of wild roses, red and white, the path was half effaced by grass; but beyond, her eye could follow the straight line of the great Roman road over marsh and meadow and hill-top. If grass had gathered there also, during the Anglo-Saxon times, there were no traces of it now, in the days of Edmund Ironside when Canute of Denmark was leading his war-host back and forth over its stones. Between the dark walls of oak and beech, it gleamed as white as the Milky Way. The nun was able to trace its course up the slope of the last hill. Just beyond the crest, a pall of smoke was spread over a burning village. Though it was miles away, it seemed to her that the wind brought cries of anguish to her ear, and prayers for mercy. Shivering, she turned her face back to the desolate peace of the ruins.

“Now is it clear to all men why a bloody cloud was hung over the land in the year that Ethelred came to the throne,” she said. “I feel as the blessed dead might feel should they be forced to leave the shelter of their graves and look out upon the world.”

Rising from its knees beside a bed of herbs, a second figure in faded robes approached the gate. Sister Sexberga was very old, much older than her companion, and her face was a wrinkled parchment whereon Time had written some terrible lessons.

She said gently, “We are one with the dead, beloved sister. Those who lie under the chancel lay no safer than we, last night, though the Pagans’ passing tread shook the ground we lay on, and their songs broke our slumbers. Let us cease not to give thanks to Him who has spread over us the peace of the grave.”

The shadows deepened in the eyes of Sister Wynfreda as she turned them back toward the lane, for her patience was not yet ripe to perfect mellowness. She was but little past the prime of her rich womanhood, and still bore the traces of a great beauty. She bore in addition, upon cheek and forehead, the scars of three frightful burns.

“The peace of the grave can never be mine while my heart is open to the sorrows of others,” she answered with sadness. “Sister Sexberga, that was an English band which passed last night. I made out English words in their song. I am in utmost fear for the Danes of Avalcomb.”

“‘They that take the sword shall perish with the sword,’” the old nun quoted, a little sternly. “An Englishman was despoiled of his lands when Frode the Dane took Avalcomb. If now Frode’s turn has come–”

Her companion made a gesture of entreaty. “It is not for Frode that I am timorous, dear sister, nor for the boy, Fridtjof; it is for Randalin, his daughter.”

Sister Sexberga was some time silent. When at last she spoke, it was but to repeat slowly, “Randalin, his daughter. God pity her!”

Sister Wynfreda was no longer listening. She had quitted her hold upon the gate and taken a step forward, straining her eyes. They had not deceived her. Out of a tall mass of golden bloom at the farther end of the lane, an arm clad in brown homespun had tossed itself for one delirious instant. Trailing her robes over the daisied grass, the nun came upon a wounded man lying face downward in the tangle.