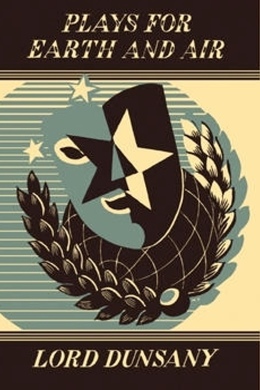 Plays for Earth and Air

Though the first four plays in this book were written for earth and the rest for air; the rest have all been done in their appropriate element.

Probably the future of plays for the air lies with television. At present every character has to be slightly exaggerated, so that the audience shall have no doubt as to who is speaking; even each voice has to be rather unusual, so that it cannot be mistaken for any other voice in the cast. When the audience can see each actor, none of these things will be necessary. Radio plays may even compete with the theatres then; or rather the arm-chair and the fire from which such plays may be watched will compete with the best seat of any theatre in the world.

ANGELA: Longer than that.

ANGELA: You telephoned for me. I have come up from Hern Hill.

PERDINS: Yes. Yes. Well, do you remember when I was young, and writing verses, and thinking all the while of Fame?

ANGELA: Yes. You never thought of anything else.

PERDINS: No, I suppose not. And I went on writing verses all these years, and thinking of Fame. And Fame never came.

PERDINS: You remember how I thought of her? Nobody knew but you. That’s why I telephoned to you and asked you to come. And you have come, Angela.

ANGELA: Yes. What is it?

PERDINS: You remember how I pictured her as a Greek goddess; the white robe, the gold trumpet, the sandals and the wreath. No-one but you ever knew that I pictured Fame like that, and believed in her, thinking her real as motors are to a motorist, and believed she would one day come. They would have thought me crazy. But I told you all about it.

PERDINS: You never believed that she would appear to me, appear in bodily form.

PERDINS: You never believed that.

ANGELA: I remember telling you once that I believed every word of it.

ANGELA: Well. What more do you want?

PERDINS: It was enough. More than enough. Those words comforted me for years. And at any rate you didn’t think me crazy.

ANGELA: You know I didn’t.

PERDINS: And so you had that strange secret; the knowledge that Fame was to me a real real person, and would soon come to see me; very soon, I used to think in those days. I couldn’t have imagined waiting for forty years. And what have you been doing all those years, Angela, since we took those separate ways of ours?

ANGELA: Hadn’t you better tell me why you sent for me, Robert?

PERDINS: Yes, yes, Angela, I will. I sent for you because there was no-one else in the world who could have understood what I have to tell you. And, and, of course for the pleasure of seeing you.

ANGELA: Yes, Robert, I know. But why is my understanding so much sharper than others?

PERDINS: Because you knew how I thought about Fame. I told you what she looked like. You knew how she dressed. I often used to tell you.

PERDINS: Well, she has come.

ANGELA: She has come?

PERDINS: To me, at last.

PERDINS: She walked through this room.

PERDINS: To-day. An hour ago.

ANGELA: And, and, she wore the white Greek robe you used to tell me of?

ANGELA: With a wreath of bays?

ANGELA: On her forehead?

ANGELA: And the long gold trumpet?

ANGELA: And you saw her?

ANGELA: Here, in the room?

PERDINS: Yes, she walked through the room.

ANGELA: Oh. Robert, are you sure?

ANGELA: Then aren’t you glad?

PERDINS: Why do you say I’m not?

ANGELA: There’s something wrong, Robert. What is it?

PERDINS: Oh, nothing. Only, perhaps she wasn’t looking quite as she used to look.

ANGELA: But you’d never seen her before.

PERDINS: Quite as I expected, I meant.

ANGELA: And how did you expect her to be.

PERDINS: I often told you. Young, beautiful, glorious and fiery.

ANGELA: But you only saw her for a moment, just while she walked through the room. You may have been mistaken. I shouldn’t worry too much.

PERDINS: No, I was not mistaken.

ANGELA: Oh, you might have been. Well, she’s gone now.

PERDINS: Well, no, you see.

ANGELA: What do you mean?

ANGELA (looking round): But, Robert! You don’t mean you can see her!

ANGELA: Then where is she?

PERDINS: In the next room.

ANGELA: In the next room?

ANGELA: But; what’s she doing?

PERDINS: Well, you see; when we were young she was (I know, I know she was) just as I told you, a glorious radiant figure, vital even to fierceness. She was just as I often described her to you in that old garden, in those days, in the evenings. And a voice as lovely as the voices of birds. You remember me reading my verses by that medlar tree in the corner and telling you how she looked.

PERDINS: Well, that’s how she was then.