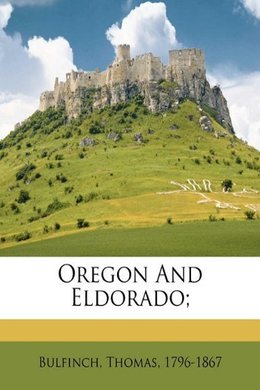 Romance of the Rivers

A series of romantic adventures attaches to each of the Columbian and Amazon rivers. I indulge the hope, that young readers who have so favorably received my former attempts to amuse and instruct them, in my several works reviving the fabulous legends of remote ages, will find equally attractive these true narratives of bold adventure, whose date is comparatively recent. Moreover, their scenes are laid, in the one instance, in our own country; and, in the other, in that great and rising empire of Brazil to which our distinguished naturalist, Prof. Agassiz, has gone on a pilgrimage of science.

A few years ago, there was still standing in Bowdoin Square, Boston, opposite the Revere House, an ancient mansion, since removed to make room for the granite range called the Coolidge Building. In that mansion, then neither old nor inelegant, but, on the contrary, having good pretensions to rank among the principal residences of the place, was assembled, in the year 1787, a group, consisting of the master of the mansion, Dr. Bulfinch, his only son Charles, and Joseph Barrell, their neighbor, an eminent merchant of Boston. The conversation turned upon the topic of the day,–the voyages and discoveries of Capt. Cook, the account of which had lately been published. The brilliant achievements of Capt. Cook, his admirable qualities, and his sad fate (slain by the chance stroke of a Sandwich-Islander, in a sudden brawl which arose between the sailors and the natives),–these formed the current of the conversation; till at last it changed, and turned more upon the commercial aspects of the subject. Mr. Barrell was particularly struck with what Cook relates of the abundance of valuable furs offered by the natives of the country in exchange for beads, knives, and other trifling commodities valued by them. The remark of Capt. Cook respecting the sea-otter was cited:–

“This animal abounds here: the fur is softer and finer than that of any other we know of; and therefore the discovery of this part of the continent, where so valuable an article of commerce may be met with, cannot be a matter of indifference.” He adds in a note, “The sea-otter skins are sold by the Russians to the Chinese at from sixteen to twenty pounds each.”

Mr. Barrell remarked, “There is a rich harvest to be reaped there by those who shall first go in.” The idea thus suggested was followed out in future conversations at the doctor’s fireside, admitting other congenial spirits to the discussion, and resulted in the equipping of an expedition consisting of two vessels, the ship “Columbia” and sloop “Washington,” to make the proposed adventure. The partners in the enterprise were Joseph Barrell, Samuel Brown, Charles Bulfinch, John Derby, Crowell Hatch, and J. M. Pintard. So important was the expedition deemed by the adventurers themselves, that they caused a medal to be struck, bearing on one side a representation of the two vessels under sail, and on the other the names of the parties to the enterprise. Several copies of this medal were made both in bronze and silver, and distributed to public bodies and distinguished individuals. One of these medals lies before the writer as he pens these lines. A representation is subjoined:–

The expedition was also provided with sea-letters, issued by the Federal Government agreeably to a resolution of Congress, and with passports from the State of Massachusetts; and they received letters from the Spanish minister plenipotentiary in the United States, recommending them to the attention of the authorities of his nation on the Pacific coast.

The “Columbia” was commanded by John Kendrick, to whom was intrusted the general control of the expedition. The master of the “Washington” was Robert Gray.

The two vessels sailed together from Boston on the 30th of September, 1787: thence they proceeded to the Cape Verde Islands, and thence to the Falkland Islands, in each of which groups they procured refreshments. In January, 1788, they doubled Cape Horn; immediately after which they were separated during a violent gale. The “Washington,” continuing her course through the Pacific, made the north-west coast in August, near the 46th degree of latitude. Here Capt. Gray thought he perceived indications of the mouth of a river; but he was unable to ascertain the fact, in consequence of his vessel having grounded, and been attacked by the savages, who killed one of his men, and wounded the mate. But she escaped without further injury, and, on the 17th of September, reached Nootka Sound, which had been agreed upon as the port of re-union in case of separation. The “Columbia” did not enter the sound until some days afterward.

The two vessels spent their winter in the sound; where the “Columbia” also lay during the following summer, collecting furs, while Capt. Gray, in the “Washington,” explored the adjacent waters. On his return to Nootka, it was agreed upon between the two captains that Kendrick should take command of the sloop, and remain on the coast, while Gray, in the “Columbia,” should carry to Canton all the furs which had been collected by both vessels. This was accordingly done; and Gray arrived on the 6th of December at Canton, where he sold his furs, and took in a cargo of tea, with which he entered Boston on the 10th of August, 1790, having carried the flag of the United States for the first time round the world.