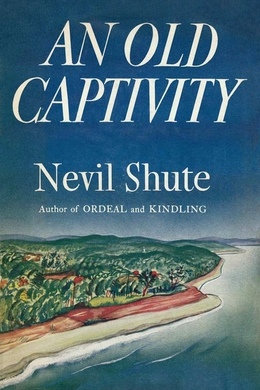 Young pilot Donald Ross has little in common with the Oxford archaeologist who has employed him on an expedition to the Arctic - and still less with his beautiful but stubborn daughter, Alix. But once the three of them reach the treacherous shores of Greenland, in search of the ruins of early Viking settlements, their destinies are inextricably bound by the events that unfold there.

This case came before me quite by chance in the spring of last year, when I was travelling out to Rome for a consultation. I might have saved time and fatigue if I had gone by air, but it was early in the year and I had decided against it on account of the high winds and rain. Instead, I booked a sleeper in the first-class wagon-lit, and left Paris on the midday train.

The journey was a normal one as far as Dijon, and a little way beyond. But as the darkness fell and the line began to climb up into the Jura Mountains the train went slower and slower, with frequent stops for no apparent reason. It was that difficult hour in a railway train, between tea and dinner, when one is tired of reading, reluctant to turn on the lights and face a long, dull evening, and conscious of no appetite at all to face another meal. It was raining a little; in the dusk the countryside seemed grey and depressing. The fact that the train was obviously becoming very late did not relieve the situation.

Presently we stopped again, and this time for a quarter of an hour. Then we began to move, but in the reverse direction. We ran backwards down the line at a slow speed for perhaps a couple of miles, and drew into a little station in the woods that we had passed through some time previously. Here we stopped again, this time for good.

I was annoyed, and went out into the corridor to see if I could find out what was happening. There was a man there, a very tall, lean man, perhaps thirty-five or thirty-six years old. He was leaning out of the window. From his appearance I guessed he was an Englishman, so I touched him on the shoulder, and said:

“Do you know what’s holding us up?”

Without turning he said, “Half a minute.”

There was a good deal of shouting in French going on outside between the engine driver, the guard, the head waiter of the restaurant car, and the various station officials. I speak French moderately, but I could make nothing of the broad, shouted vowels at the far end of the platform. My companion understood, however, for he drew back into the corridor and said:

“They’re saying up there that there’s a goods train off the lines between here and Frasne. We may have to stay here till the morning.”

I was irritated and concerned, and immediately thought of course that I must telegraph to my colleague in Rome to tell him that I had been delayed. I exchanged a few remarks about French railways with my new companion, and then said:

“You must speak French very well. I couldn’t understand a word of what that fellow was shouting.”

He nodded. “I worked for some years in the French part of Canada, in Quebec. I got used to queer sorts of French out there.”

Presently the conductor came down the corridor and repeated to us the substance of what we had already learned. He passed on, and we stood chatting together for a few minutes. Then I said:

“If you’re travelling alone, we might have dinner together.”

He smiled. “I’m all by myself; I should like to. It seems about the only thing to do—to have a damn good dinner and make the best of it.”

I nodded. “Well, I’ll join you presently. I must see if I can send a telegram.”

He said, “They’ll send it from the booking-office for you.”

I went and sent my telegram, and came back to the train. My new acquaintance was still standing in the corridor: from a distance I had time to make a quick inspection of him. He was dressed quietly and well, in a dark suit. He was a tall man, six feet or six foot one in height, of rather a slender build. He had black hair, sleek and brushed back from a high forehead. His face was lean and tanned, and rather pleasant. I judged him to be of a highly strung, rather sensitive type, probably with a very short reaction time. I took him for an officer on leave, possibly in the Air Force. It was no surprise to me when I heard later that he was of a Scotch family.

We chatted for some minutes in the corridor; then they came to summon us to dinner and we went through to the restaurant car. Darkness had fallen; there was nothing to be seen from the windows of the train but the little station platform on one side, and the swaying of the branches of the trees on the other. We were marooned right in the middle of a forest, miles from anywhere.

I pulled down the blind beside our table, and turned to the wine list. “It’s a great nuisance, sticking here like this,” I said absently, studying the card. “I ought to have gone out by Imperial Airways.”

There was a turn in his voice that drew my attention from the Burgundy and made me raise my head.

“Do you usually go by air?”

He hesitated. “I ought to explain. I’m one of the Senior Masters in Imperial Airways. I’m going out to pick up a flying boat at Brindisi.”

I said, “Indeed? I should have thought you would have flown out.”