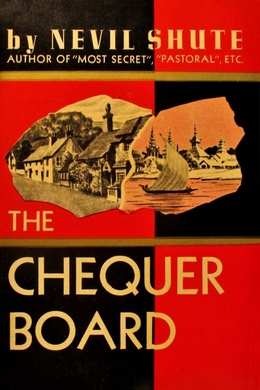 John Turner, a young man with a checkered past, has been told he has just one year to live. He decides to use his remaining time in search of three very different men he met in the hospital during the war, each of them in trouble of some kind: a pilot whose wife had betrayed him, a young corporal charged with killing a civilian in a brawl, and a black G.I. wrongly accused of the attempted rape of a white English girl. As Turner discovers where these men have landed on the checkerboard of life, he learns about compassion, tolerance, and second chances, and overcomes his fear of death.

I saw Mr John Turner first on June 25th last year. He came to me on the recommendation of a general practitioner at Watford: I have the letter before me.

Mr Turner came to see me by appointment that afternoon; the first thing that I noticed when my receptionist showed him in was the scar. It stretched as a deep indentation from a point about an inch above the left eyebrow up in to the hair on the crown of the head, over four inches long. It was a deep cleft in his forehead, red and angry looking.

The rest of Mr Turner was not very prepossessing. He was about forty years old with a fresh complexion and sandy hair, going a little bald. He had a jaunty air of cheerfulness and bonhomie which did not fit in well with my consulting-room; he was the sort of man who would be the life and soul of the party in the saloon bar of a good class pub, or at the races. He was wearing rather a bright brown suit with a very bright tie, and he carried a bowler hat.

I got up from my desk as he came in. “Good afternoon, Mr Turner,” I said.

I smiled. “I’m all right,” I said. I motioned him to the chair before my desk. “Sit down, Mr Turner, and tell me what you are complaining of.”

He sat down with his bowler on his knee, and grinned at me with nervous cheerfulness. “I’m all right,” he said. “You won’t find much wrong with me, doctor. May want a bit of a tonic. You know,” he said confidentially, “this wound on my napper frightens people. I tell you, straight, it does. Every doctor that I go to gets the wind up and says I ought to see a specialist. They’ll none of them touch me. If I want my corns cutting, they say I ought to see a specialist.” He laughed heartily. “I’m not kidding you. They get the wind up.”

I smiled at him; one has to create confidence. “Does the wound give you any trouble?” I asked.

He shook his head. “None at all. Throbs a bit, now and then. The only trouble I get is at the hairdressers’ when they come to cut my hair–it don’t half fox them.” He laughed again. “Not that I’ve much to cut, now.”

I pulled my pad towards me. “Let me get down the preliminaries first,” I said. He gave me his age, address, and occupation; it seemed that he was a flour salesman. “Cereal Products Ltd.,” he said, “I went to them in 1935, and then went back to them again after the war.”

I picked up the letter on my desk and glanced it over. “I see that you told Dr Worth about attacks of giddiness,” I said. “Do those come very frequently?”

He said: “Oh no. Might be two or three in the last month. They don’t last long–just a few seconds, or maybe half a minute.” He laughed nervously. “Sort of make you feel you want to hold on to something. I think I want a tonic, doctor. I told Dr Worth.”

“Yes,” I said, writing on my pad. “How long since you had the first of those, Mr Turner?”

“I dunno. Couple of months, maybe.”

I glanced again at the letter. “Dr Worth says that you had a fall in the Strand Palace Hotel,” I said. “How did that happen?”

“Well,” he said, “it was like this. We have to do a bit of entertaining in my line–it all goes on the firm, you know. Well, to cut a long story short I was in the American Bar last Thursday with Izzy Guildas and another Portuguese–Jew-boys, you know, but good types all the same–and I suddenly passed out cold. Fact, I’m telling you. I passed out cold, and fell down off the little stool on the floor, clean out. When I came to I was in the lavatory lying on my back on the floor with somebody splashing water on my face, and my collar all undone. I wasn’t half in a mess, I tell you.”

I said: “How long were you unconscious, Mr Turner?”

I made a note upon my pad. “When you came to, did you feel any pain?”

“What time of day was this?”

“About eight o’clock in the evening. We were just going to have dinner. I was looking forward to that dinner.” He laughed.

“What did you do? Did you see a doctor in the hotel?”