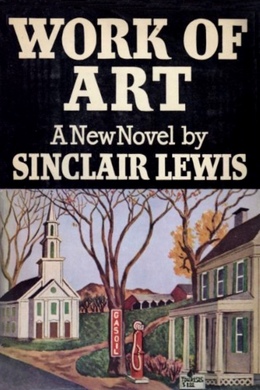 Three generations of the Weagle family grow up in and work for boarding houses, inns and hotels. Focus is on two brothers, Myron and Ora, of the second generation. Poetic, ethereal Ora could not wait to escape hotel drudgery, though never too proud to ask plodding Myron for money.

The flat roof of the American House, the most spacious and important hotel in Black Thread Centre, Connecticut, was lined with sheets of red-painted tin, each embossed with ‘Phoenix, the Tin of Kings’. Though it was only 6.02, this July morning in 1897, the roof was scorching. The tin was like a flat-iron, and the tar along the brick coping, which had bubbled all yesterday afternoon, was stinging to the fingers.

Far below, in Putnam Street, a whole three stories down from the red tin roof, Tad Smith, the constable, said to Mr. Barstow, the furniture-dealer, ‘Well, sir, going to be another scorcher, like yesterday.’

Mr. Barstow thought it over. ‘Don’t know but what you’re right. Regular scorcher.’

‘Yessir, a scorcher,’ ruminated Tad, and went his ways–never again, perhaps, to appear in history.

But on the red tin roof above these burghers, a young poet was dancing; child of the skies, rejoicing in youth and morning and his new-found power of song. He was alone, except for Lancelot, the hotel dog, and unashamed he saluted the sun-god who was his brother. Whistling ‘There’ll be a Hot Time in the Old Town To- night’, he strode up and down, his hands swinging as though he were leading a military band, his feet making little intricate patterns, his whole body lurching, his head bobbing from one side to the other in the exhilaration of youth and his own genius. Lancelot barked in appreciation–the first, this, of the applause the Master was some day to know.

The young poet was named, not very romantically, Ora Weagle, but he had read a good deal of Swinburne, Longfellow, Tennyson, and Kipling. He was fifteen years old, and already he perceived that he belonged to a world greater than Black Thread Centre. In fact, he despised Black Thread, and in particular all manner of things associated with the American House, as owned by his father, old Tom Weagle.

The recollection of the fabulous poem he had written last evening turned Ora’s faun-like effervescence to awe, and (while Lancelot looked disappointed and settled down to scratching and slumber), he began to croon, then to murmur, then to shout–Ora, the young Keats, rejoicing in his masterpiece, aloft between Phoenix Roofing and the sky:

‘Cold are thine eyes and the flanks of the hands of thee, Cold as crushed snow on Connecticut hills, But lo! I will break and dissever the bands of thee, Till with blown flame thee the power of me fills! See, I am proud, I am potent and terrible, Dust of the highway I tread in my scorn! Thou unto me art a field that is arable, In sun-soaring splendour thy soul shall be born!’

‘Gee, I don’t know where I get it!’ he whispered. The booming glory exalted him, and he paraded again, tossing his arms and chanting:

And the sun-god showered him with rays which clothed him in double glory as they were reflected from the red tin roof.

The whistle of the 6.07 train from the Berkshires reduced Ora from cloud-treader, bright with morning fire, to kindling-splitter for the American House. Though he still murmured ‘Potent and terrible’, he was drawn to look over the coping at the actualities of provincial life. Up from the station of the New York, New Haven, and Hartford walked a typical, an unavoidable, a cosmic travelling salesman, carrying his two grips. Below Ora, abysmal depths below, his brother, Myron Weagle, was watering the sidewalk with a despicable battered green can. Ora watched this tedious daily comedy with amused eyes. His generosity toward Myron was as much a part of his poet’s sovereignty as fire and potency and terribleness.

Poor Myron! Myron had, Ora meditated, no imagination, no passion, no ambition, no consciousness of beauty, no desire to be creative or to do anything but keep busy with the trivial daily jobs that seemed to satisfy him. Though Myron was theoretically two years older–seventeen–Ora felt himself a generation older and more worldly. Even physically you could see the difference: Ora, so slim, quick, dark, with fine hair black like black glass; Myron, then tall and lumbering, with big red hands and an absurd natural pompadour of rope-coloured hair. Often Ora had thought that he himself was like a cat–sinuous, swift, independent; while Myron was the perfect dog, and no greyhound or Scottie, but a farm dog– clumsy, contemptibly good-natured, loyal to any insignificant master.

‘Well, the poor devil,’ thought Ora, ‘he’ll probably be happier in his hick way than I will. I’m going to New York! I’m going to make me some perfect Work of Art! Golly, I bet I suffer like all get out, like in Sentimental Tommy and David Copperfield, while he sticks here and scratches himself in the sun–like you, Lancelot!’