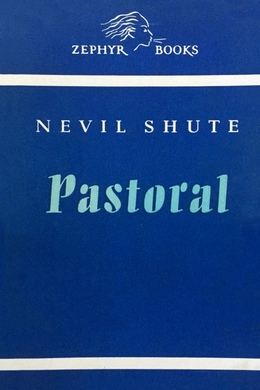 World War II pilot Peter Marshall leads the most successful bombing crew at his airbase, having survived an unusual number of extremely dangerous missions over Germany. However, when Peter falls hopelessly in love with an attractive WAAF officer—one who insists that wartime duties should take precedence over emotions—his concentration begins to suffer. Soon it looks as though his perfect run of successful missions may be at risk—along with the lives of Peter and his men—unless she can be persuaded to relent.

Peter Marshall stirred in the broad light of day, and woke up slowly. The pale sun of February streamed into his narrow room, a gold streak crossing the foot of his bed and lighting on the deal wash-stand. He saw the sunlight through half-opened eyes, then closed them again to ease the dazzle. He could not close his ears. He heard, passing away above his head, the high scream of an ungeared engine in fine pitch, and automatically his mind said: ‘Harvard.’ He listened, tense even in his torpor, till the note dropped as the unseen pilot changed to coarse and throttled back a little; then he relaxed and pressed his head more deeply in the pillow.

It would not have woken him if it had been a Wellington. Wimpies were part and parcel of his life, the very texture of his work. He was awake now, though he lay with his eyes closed. There was a Wimpey running up one engine, somewhere away out in the middle distance of the aerodrome. It would be one of the ones up for forty-hour inspection, or else the one that hadn’t taken off last night. The engine, he decided, sounded lousy.

The noise died down to a tick over, and he heard the birds. There were elm trees opposite the mess, retained for camouflage; these trees were full of rooks. He heard them cawing and disputing. He heard the twittering of sparrows. He heard a cow lowing from the meadow. He heard an AC2 pass beneath his window whistling: ‘Daisy, Daisy … ’ He opened his eyes again, and there was the pale gold sun streaming across the wash-stand. He turned his head to look at the window and saw a pale blue, cloudless sky, and felt the cold air fresh upon his face. He remembered the Met. report and the belt of high pressure that extended out into the Atlantic.

‘God,’ he muttered drowsily, ‘it’s going to be a bloody fine day.’

He raised his head to look at the wristwatch laid upon the chair beside him; it was seven minutes past ten. He closed his eyes again, calculating. It had been nearly three when he had got to bed, he thought. They had landed back just before two. Taxi-ing to dispersal and handing over to the ground crew took a bit of time. Ten minutes in the truck to Wing Headquarters and twenty minutes over the report. Then the truck again to the mess, and a quarter of an hour, sleepy and silent, over cocoa and buns. It must have been three before he was in bed. That meant he had only had seven hours’ sleep; enough for an old man, maybe, but not for a growing boy. He need not get up yet.

He stretched and turned over in his bed, savouring the comfort of it, closing his eyes and striving to regain the warm oblivion from which the Harvard had dragged him. He could not sleep again. He lay for twenty minutes growing gradually wakeful, till he heard the batwoman banging about in the room next to his. He heard the rattle of china as she emptied the basin into her slop-pail.

The partitions were only beaverboard. He shouted: ‘Beatrice! Beatrice—come in here a minute.’

He heard the pail go down with a rattle of the handle, and she put her head around the door. ‘Did you call, Mr Marshall?’

‘I did,’ he said. He turned in bed to look at her. ‘Have you been down for your elevenses?’

‘Not yet. We aren’t supposed to go before half past ten.’

‘It’s half past ten now. Will you bring me up a cup of tea when you come back?’

She giggled. ‘Oh, Mr Marshall! You know I’m not supposed to do that, not at this time of the morning. Mrs Stevens she wouldn’t half let me know about it if she saw me.’

‘When are you going to get up, Mr Marshall? I got this room to do before dinner.’

She said: ‘I never promised,’ and shut the door. Lying there in bed and asking for tea, she thought, and with the sun streaming in, and all. Even if he had been out late. She had heard the aircraft coming in over her hutment in the camp, in the middle of the night. Them blue pyjamas he had on were ever so nice, and he didn’t half look nice in them. She went downstairs to get his tea.

Marshall sat up in bed. The room, small as it was, held all his personal belongings. He got out of bed and crossed to the corner by the door, and picked up a long green rod-bag. From a top drawer of the chest of drawers he took a little leather bag that held a reel. Carrying these with him, he returned to bed.