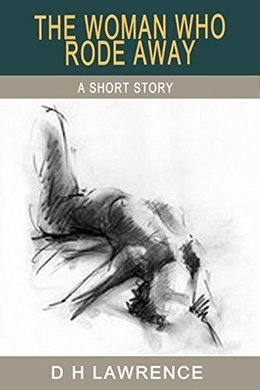 The Woman Who Rode Away

A dispirited, unnamed woman decides to leave her ordinary and unfulfilling life to ride out into the lands of the Chilchui Indians and get in touch with their spiritual and ancient ways. While her quest brings physical danger, it also becomes a journey of deep self-discovery and self-acceptance. D.H. Lawrence’s writing often reflects upon the degradation of humanity in a modern, industrialized society. This short story and its main character—who is presented to the reader without any true identity—provide another powerful commentary by Lawrence on the dehumanizing effects of modern culture.

She had thought that this marriage, of all marriages, would be an adventure. Not that the man himself was exactly magical to her. A little, wiry, twisted fellow, twenty years older than herself, with brown eyes and greying hair, who had come to America a scrap of a wastrel, from Holland, years ago, as a tiny boy, and from the gold– mines of the west had been kicked south into Mexico, and now was more or less rich, owning silver–mines in the wilds of the Sierra Madre: it was obvious that the adventure lay in his circumstances, rather than his person. But he was still a little dynamo of energy, in spite of accidents survived, and what he had accomplished he had accomplished alone. One of those human oddments there is no accounting for.