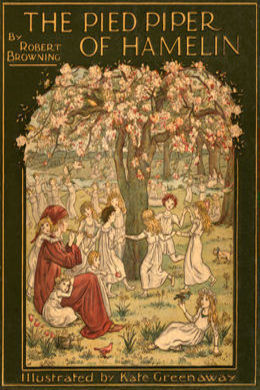 The Pied Piper of Hamelin

The town of Hamelin is filled with rats! There are rats in the cupboards, rats in the marketplace, rats in the doghouses, even rats in the pots and pans. The rats are eating all the food, chewing through the houses, and chasing away the cats. The people of Hamelin don’t know what to do! Then a mysterious stranger comes to town and promises to kick out the rats for good. Can the townspeople trust this oddly dressed man? And is getting rid of the rats worth the price?