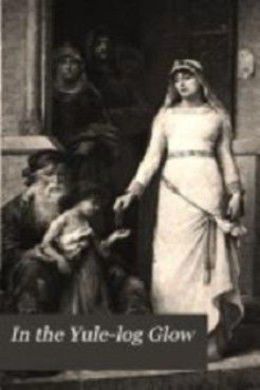 Christmas Tales from 'Round the World

If gentle reader you will step across this threshold now as the moon rises in the keen Christmas air and will find a place by the ruddy ingle within doors you may hear if you will a Babel of voices from many lands telling over the adventures of the road and falling into the good fellowship of the happy Christmas season.

Here followeth the manner and form of seeking and offering; and also of the burying and translations of the three Holy and Worshipful Kings of Cologne: Jaspar, Melchior, and Balthazar.

Now when the Children of Israel were gone out of Egypt and had won and made subject to them Jerusalem and all the land lying about, so that no man durst set against them in all that country for dread that they had of them; then was there a little hill called Vaws, which was also called the Hill of Victory, and on this hill the ward of them of Ind was ordained and kept by divers sentinels by night and by day against the Children of Israel, and afterward against the Romans; so that if any people at any time purposed with strong hand to enter into the country of the Kingdom of Ind, anon, sentinels of other hills about, through tokens, warned the keepers on the hill of Vaws. And by night they made a great fire and by day they made a great smoke, for that hill Vaws passeth the height of all other hills in all the East. Wherefore, when any such token was seen, then all manner of men made ready to defend themselves from the enemy that approached.

Now in the time when Balaam prophesied of the Star that should betoken the coming of Christ, all the great lords and all the other people of Ind and in the East desired greatly to see the Star of which he spake, and gave gifts to the keepers of the hill of Vaws, and moreover hired them with great rewards, that, if it so were, they saw by day or by night, far or near, any light or any star in the air other than was seen beforetime, anon they should show and send them word. And thus was it that for so long a time the fame of this Star was borne through all the lands of the East; until, of the name of the hill of Vaws, arose up a worshipful and a great kindred in Ind, which is called the progeny of Vaws even unto this day; and there is not a more mighty kindred in all the kingdoms of the East; for this worshipful kindred came first from the King’s blood that was named Melchior, that offered gold to our Lord, as ye shall hereafter learn.