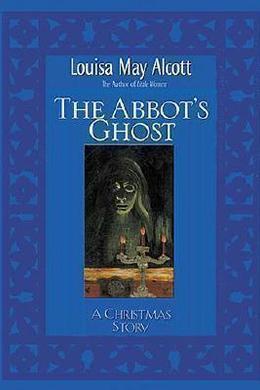 Maurice Traherne is wrongly accused of fraud and gambling and must play a careful hand if he is to win his love, Octavia, from the grasp of other, less honorable men and retain the trust of those who had faith in him. Traherne is temporarily crippled saving the life of his well-born friend, Jaspar. Thus, Jaspar is assured of inheriting his father’s estate, but it is expected that Traherne will inherit great wealth as gratitude for saving the heir. But–surprise!–on the death of Jaspar’s father all are shocked to learn that Traherne has been disinherited: the will has been changed at the last minute and only the suffering Traherne knows why but won’t tell and then he falls in love with Jaspar’s sister, the fair Octavia. However, Octavia is forbidden to marry, as Traherne is penniless.

“The early bird gets the worm, Major.”

“Deuced ungallant speech, considering that the lovely Octavia is the worm,” and with a significant laugh the major assumed an Englishman’s favorite attitude before the fire.

His companion shot a quick glance at him, and an expression of anxiety passed over his face as he replied, with a well-feigned air of indifference, “You are altogether too sharp, Major. I must be on my guard while you are in the house. Any new arrivals? I thought I heard a carriage drive up not long ago.”

“It was General Snowdon and his charming wife. Maurice Treherne came while we were out, and I’ve not seen him yet, poor fellow!”

“Aye, you may well say that; his is a hard case, if what I heard is true. I’m not booked up in the matter, and I should be, lest I make some blunder here, so tell me how things stand, Major. We’ve a good half hour before dinner. Sir Jasper is never punctual.”

“Yes, you’ve a right to know, if you are going to try your fortune with Octavia.”

The major marched through the three drawing rooms to see that no inquisitive servant was eavesdropping, and, finding all deserted, he resumed his place, while young Annon lounged on a couch as he listened with intense interest to the major’s story.

“You know it was supposed that old Sir Jasper, being a bachelor, would leave his fortune to his two nephews. But he was an oddity, and as the title must go to young Jasper by right, the old man said Maurice should have the money. He was poor, young Jasper rich, and it seemed but just, though Madame Mère was very angry when she learned how the will was made.”

“But Maurice didn’t get the fortune. How was that?”

“There was some mystery there which I shall discover in time. All went smoothly till that unlucky yachting trip, when the cousins were wrecked. Maurice saved Jasper’s life, and almost lost his own in so doing. I fancy he wishes he had, rather than remain the poor cripple he is. Exposure, exertion, and neglect afterward brought on paralysis of the lower limbs, and there he is–a fine, talented, spirited fellow tied to that cursed chair like a decrepit old man.”

“How does he bear it?” asked Annon, as the major shook his gray head, with a traitorous huskiness in his last words.

“Like a philosopher or a hero. He is too proud to show his despair at such a sudden end to all his hopes, too generous to complain, for Jasper is desperately cut up about it, and too brave to be daunted by a misfortune which would drive many a man mad.”

“Is it true that Sir Jasper, knowing all this, made a new will and left every cent to his namesake?”

“Yes, and there lies the mystery. Not only did he leave it away from poor Maurice, but so tied it up that Jasper cannot transfer it, and at his death it goes to Octavia.”

“The old man must have been demented. What in heaven’s name did he mean by leaving Maurice helpless and penniless after all his devotion to Jasper? Had he done anything to offend the old party?”

“No one knows; Maurice hasn’t the least idea of the cause of this sudden whim, and the old man would give no reason for it. He died soon after, and the instant Jasper came to the title and estate he brought his cousin home, and treats him like a brother. Jasper is a noble fellow, with all his faults, and this act of justice increases my respect for him,” said the major heartily.

“What will Maurice do, now that he can’t enter the army as he intended?” asked Annon, who now sat erect, so full of interest was he.

“Marry Octavia, and come to his own, I hope.”

“An excellent little arrangement, but Miss Treherne may object,” said Annon, rising with sudden kindling of the eye.

“I think not, if no one interferes. Pity, with women, is akin to love, and she pities her cousin in the tenderest fashion. No sister could be more devoted, and as Maurice is a handsome, talented fellow, one can easily foresee the end, if, as I said before, no one interferes to disappoint the poor lad again.”

“You espouse his cause, I see, and tell me this that I may stand aside. Thanks for the warning, Major; but as Maurice Treherne is a man of unusual power in many ways, I think we are equally matched, in spite of his misfortune. Nay, if anything, he has the advantage of me, for Miss Treherne pities him, and that is a strong ally for my rival. I’ll be as generous as I can, but I’ll not stand aside and relinquish the woman I love without a trial first.”

With an air of determination Annon faced the major, whose keen eyes had read the truth which he had but newly confessed to himself. Major Royston smiled as he listened, and said briefly, as steps approached, “Do your best. Maurice will win.”

“We shall see,” returned Annon between his teeth.