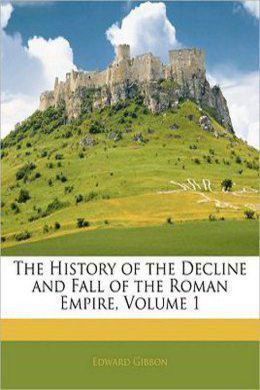 Decline and Fall of the Roman Empire Vol. 1

series: The History of the Decline and Fall of the Roman Empire (#1)

In the second century of the Christian Æra, the empire of Rome comprehended the fairest part of the earth, and the most civilized portion of mankind. The frontiers of that extensive monarchy were guarded by ancient renown and disciplined valor. The gentle but powerful influence of laws and manners had gradually cemented the union of the provinces. Their peaceful inhabitants enjoyed and abused the advantages of wealth and luxury. The image of a free constitution was preserved with decent reverence: the Roman senate appeared to possess the sovereign authority, and devolved on the emperors all the executive powers of government. During a happy period of more than fourscore years, the public administration was conducted by the virtue and abilities of Nerva, Trajan, Hadrian, and the two Antonines. It is the design of this, and of the two succeeding chapters, to describe the prosperous condition of their empire; and after wards, from the death of Marcus Antoninus, to deduce the most important circumstances of its decline and fall; a revolution which will ever be remembered, and is still felt by the nations of the earth.

The principal conquests of the Romans were achieved under the republic; and the emperors, for the most part, were satisfied with preserving those dominions which had been acquired by the policy of the senate, the active emulations of the consuls, and the martial enthusiasm of the people. The seven first centuries were filled with a rapid succession of triumphs; but it was reserved for Augustus to relinquish the ambitious design of subduing the whole earth, and to introduce a spirit of moderation into the public councils. Inclined to peace by his temper and situation, it was easy for him to discover that Rome, in her present exalted situation, had much less to hope than to fear from the chance of arms; and that, in the prosecution of remote wars, the undertaking became every day more difficult, the event more doubtful, and the possession more precarious, and less beneficial. The experience of Augustus added weight to these salutary reflections, and effectually convinced him that, by the prudent vigor of his counsels, it would be easy to secure every concession which the safety or the dignity of Rome might require from the most formidable barbarians. Instead of exposing his person and his legions to the arrows of the Parthians, he obtained, by an honorable treaty, the restitution of the standards and prisoners which had been taken in the defeat of Crassus.

His generals, in the early part of his reign, attempted the reduction of Ethiopia and Arabia Felix. They marched near a thousand miles to the south of the tropic; but the heat of the climate soon repelled the invaders, and protected the un-warlike natives of those sequestered regions. The northern countries of Europe scarcely deserved the expense and labor of conquest. The forests and morasses of Germany were filled with a hardy race of barbarians, who despised life when it was separated from freedom; and though, on the first attack, they seemed to yield to the weight of the Roman power, they soon, by a signal act of despair, regained their independence, and reminded Augustus of the vicissitude of fortune. On the death of that emperor, his testament was publicly read in the senate. He bequeathed, as a valuable legacy to his successors, the advice of confining the empire within those limits which nature seemed to have placed as its permanent bulwarks and boundaries: on the west, the Atlantic Ocean; the Rhine and Danube on the north; the Euphrates on the east; and towards the south, the sandy deserts of Arabia and Africa.

Happily for the repose of mankind, the moderate system recommended by the wisdom of Augustus, was adopted by the fears and vices of his immediate successors. Engaged in the pursuit of pleasure, or in the exercise of tyranny, the first Cæsars seldom showed themselves to the armies, or to the provinces; nor were they disposed to suffer, that those triumphs which their indolence neglected, should be usurped by the conduct and valor of their lieutenants. The military fame of a subject was considered as an insolent invasion of the Imperial prerogative; and it became the duty, as well as interest, of every Roman general, to guard the frontiers intrusted to his care, without aspiring to conquests which might have proved no less fatal to himself than to the vanquished barbarians.