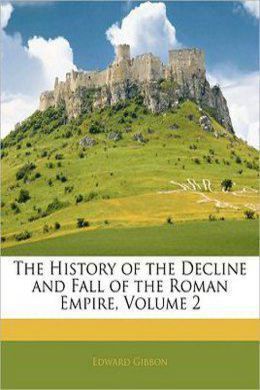 Decline and Fall of the Roman Empire Vol. 2

series: The History of the Decline and Fall of the Roman Empire (#2)

If we seriously consider the purity of the Christian religion, the sanctity of its moral precepts, and the innocent as well as austere lives of the greater number of those who during the first ages embraced the faith of the gospel, we should naturally suppose, that so benevolent a doctrine would have been received with due reverence, even by the unbelieving world; that the learned and the polite, however they may deride the miracles, would have esteemed the virtues, of the new sect; and that the magistrates, instead of persecuting, would have protected an order of men who yielded the most passive obedience to the laws, though they declined the active cares of war and government. If, on the other hand, we recollect the universal toleration of Polytheism, as it was invariably maintained by the faith of the people, the incredulity of philosophers, and the policy of the Roman senate and emperors, we are at a loss to discover what new offence the Christians had committed, what new provocation could exasperate the mild indifference of antiquity, and what new motives could urge the Roman princes, who beheld without concern a thousand forms of religion subsisting in peace under their gentle sway, to inflict a severe punishment on any part of their subjects, who had chosen for themselves a singular but an inoffensive mode of faith and worship.

The religious policy of the ancient world seems to have assumed a more stern and intolerant character, to oppose the progress of Christianity. About fourscore years after the death of Christ, his innocent disciples were punished with death by the sentence of a proconsul of the most amiable and philosophic character, and according to the laws of an emperor distinguished by the wisdom and justice of his general administration. The apologies which were repeatedly addressed to the successors of Trajan are filled with the most pathetic complaints, that the Christians, who obeyed the dictates, and solicited the liberty, of conscience, were alone, among all the subjects of the Roman empire, excluded from the common benefits of their auspicious government. The deaths of a few eminent martyrs have been recorded with care; and from the time that Christianity was invested with the supreme power, the governors of the church have been no less diligently employed in displaying the cruelty, than in imitating the conduct, of their Pagan adversaries. To separate (if it be possible) a few authentic as well as interesting facts from an undigested mass of fiction and error, and to relate, in a clear and rational manner, the causes, the extent, the duration, and the most important circumstances of the persecutions to which the first Christians were exposed, is the design of the present chapter. *

The sectaries of a persecuted religion, depressed by fear animated with resentment, and perhaps heated by enthusiasm, are seldom in a proper temper of mind calmly to investigate, or candidly to appreciate, the motives of their enemies, which often escape the impartial and discerning view even of those who are placed at a secure distance from the flames of persecution. A reason has been assigned for the conduct of the emperors towards the primitive Christians, which may appear the more specious and probable as it is drawn from the acknowledged genius of Polytheism. It has already been observed, that the religious concord of the world was principally supported by the implicit assent and reverence which the nations of antiquity expressed for their respective traditions and ceremonies. It might therefore be expected, that they would unite with indignation against any sect or people which should separate itself from the communion of mankind, and claiming the exclusive possession of divine knowledge, should disdain every form of worship, except its own, as impious and idolatrous. The rights of toleration were held by mutual indulgence: they were justly forfeited by a refusal of the accustomed tribute. As the payment of this tribute was inflexibly refused by the Jews, and by them alone, the consideration of the treatment which they experienced from the Roman magistrates, will serve to explain how far these speculations are justified by facts, and will lead us to discover the true causes of the persecution of Christianity.