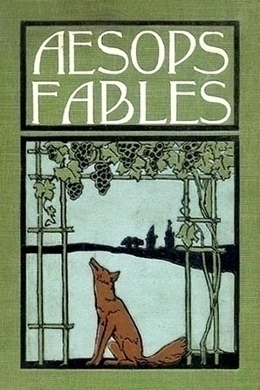 The fables of Aesop have become one of the most enduring traditions of European culture, ever since they were first written down nearly two millennia ago. Aesop was reputedly a tongue-tied slave who miraculously received the power of speech; from his legendary storytelling came the collections of prose and verse fables scattered throughout Greek and Roman literature. First published in English by Caxton in 1484, the fables and their morals continue to charm modern readers: who does not know the story of the tortoise and the hare, or the boy who cried wolf?

The Hare and the Tortoise

A HARE one day ridiculed the short feet and slow pace of the Tortoise, who replied, laughing: “Though you be swift as the wind, I will beat you in a race.” The Hare, believing her assertion to be simply impossible, assented to the proposal; and they agreed that the Fox should choose the course and fix the goal. On the day appointed for the race the two started together. The Tortoise never for a moment stopped, but went on with a slow but steady pace straight to the end of the course. The Hare, lying down by the wayside, fell fast asleep. At last waking up, and moving as fast as he could, he saw the Tortoise had reached the goal, and was comfortably dozing after her fatigue.

Slow but steady wins the race.

The Wolf And The Lamb

WOLF, meeting with a Lamb astray from the fold, resolved not to lay violent hands on him, but to find some plea to justify to the Lamb the Wolf’s right to eat him. He thus addressed him: “Sirrah, last year you grossly insulted me.” “Indeed,” bleated the Lamb in a mournful tone of voice, “I was not then born.” Then said the Wolf, “You feed in my pasture.” “No, good sir,” replied the Lamb, “I have not yet tasted grass.” Again said the Wolf, “You drink of my well.” “No,” exclaimed the Lamb, “I never yet drank water, for as yet my mother’s milk is both food and drink to me.” Upon which the Wolf seized him and ate him up, saying, “Well! I won’t remain supperless, even though you refute every one of my imputations.” The tyrant will always find a pretext for his tyranny.

The Bat And The Weasels

It is wise to turn circumstances to good account.

The Charcoal-Burner And The Fuller

A CHARCOAL-BURNER carried on his trade in his own house. One day he met a friend, a Fuller, and entreated him to come and live with him, saying that they should be far better neighbors and that their housekeeping expenses would be lessened. The Fuller replied, “The arrangement is impossible as far as I am concerned, for whatever I should whiten, you would immediately blacken again with your charcoal.”

The Father And His Sons

A FATHER had a family of sons who were perpetually quarreling among themselves. When he failed to heal their disputes by his exhortations, he determined to give them a practical illustration of the evils of disunion; and for this purpose he one day told them to bring him a bundle of sticks. When they had done so, he placed the faggot into the hands of each of them in succession, and ordered them to break it in pieces. They tried with all their strength, and were not able to do it. He next opened the faggot, took the sticks separately, one by one, and again put them into his sons’ hands, upon which they broke them easily. He then addressed them in these words: “My sons, if you are of one mind, and unite to assist each other, you will be as this faggot, uninjured by all the attempts of your enemies; but if you are divided among yourselves, you will be broken as easily as these sticks.”

A BOY was hunting for locusts. He had caught a goodly number, when he saw a Scorpion, and mistaking him for a locust, reached out his hand to take him. The Scorpion, showing his sting, said: “If you had but touched me, my friend, you would have lost me, and all your locusts too!”

The Wolf and the Crane

A WOLF who had a bone stuck in his throat hired a Crane, for a large sum, to put her head into his mouth and draw out the bone. When the Crane had extracted the bone and demanded the promised payment, the Wolf, grinning and grinding his teeth, exclaimed: “Why, you have surely already had a sufficient recompense, in having been permitted to draw out your head in safety from the mouth and jaws of a wolf.”

In serving the wicked, expect no reward, and be thankful if you escape injury for your pains.

Hercules and the Wagoner

A CARTER was driving a wagon along a country lane, when the wheels sank down deep into a rut. The rustic driver, stupefied and aghast, stood looking at the wagon, and did nothing but utter loud cries to Hercules to come and help him. Hercules, it is said, appeared and thus addressed him: “Put your shoulders to the wheels, my man. Goad on your bullocks, and never more pray to me for help, until you have done your best to help yourself, or depend upon it you will henceforth pray in vain.”

Self-help is the best help.