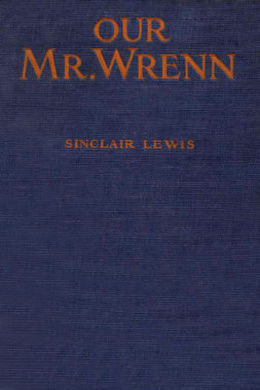 The Romantic Adventures of a Gentle Man

A little New York clerk, full of dreams of travel, goes to London on a cattle steamer, has experiences with bohemianisms of a sort and returns joyfully to New York to find his real romance. Told with a true understanding and humour.

The ticket–taker of the Nickelorion Moving–Picture Show is a public personage, who stands out on Fourteenth Street, New York, wearing a gorgeous light–blue coat of numerous brass buttons. He nods to all the patrons, and his nod is the most cordial in town. Mr. Wrenn used to trot down to Fourteenth Street, passing ever so many other shows, just to get that cordial nod, because he had a lonely furnished room for evenings, and for daytime a tedious job that always made his head stuffy.

He stands out in the correspondence of the Souvenir and Art Novelty Company as “Our Mr. Wrenn,” who would be writing you directly and explaining everything most satisfactorily. At thirty–four Mr. Wrenn was the sales–entry clerk of the Souvenir Company. He was always bending over bills and columns of figures at a desk behind the stock–room. He was a meek little bachlor—a person of inconspicuous blue ready–made suits, and a small unsuccessful mustache.

To–day—historians have established the date as April 9, 1910—there had been some confusing mixed orders from the Wisconsin retailers, and Mr. Wrenn had been “called down” by the office manager, Mr. Mortimer R. Guilfogle. He needed the friendly nod of the Nickelorion ticket–taker. He found Fourteenth Street, after office hours, swept by a dusty wind that whisked the skirts of countless plump Jewish girls, whose V–necked blouses showed soft throats of a warm brown. Under the elevated station he secretly made believe that he was in Paris, for here beautiful Italian boys swayed with trays of violets; a tramp displayed crimson mechanical rabbits, which squeaked, on silvery leading–strings; and a newsstand was heaped with the orange and green and gold of magazine covers.