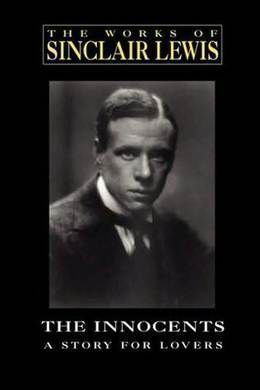 A Story for Lovers

If this were a ponderous work of realism, such as the author has attempted to write, and will doubtless essay again, it would be perilous to dedicate it to the splendid assembly of young British writers, lest the critics search for Influences and Imitations. But since this is a flagrant excursion, a tale for people who still read Dickens and clip out spring poetry and love old people and children, it may safely confess the writer’s strident admiration for Compton Mackenzie, Hugh Walpole, Oliver Onions, D. H. Lawrence, J. D. Beresford, Gilbert Cannan, Patrick MacGill, and their peers, whose novels are the histories of our contemporaneous Golden Age. Nor may these be mentioned without a yet more enthusiastic tribute to their master and teacher (he probably abominates being called either a master or a teacher) – H. G. Wells

Mr. and Mrs. Seth Appleby were almost old. They called each other “Father” and “Mother.” But frequently they were guilty of holding hands, or of cuddling together in corners, and Father was a person of stubborn youthfulness. For something over forty years Mother had been trying to make him stop smoking, yet every time her back was turned he would sneak out his amber cigarette–holder and puff a cheap cigarette, winking at the shocked crochet tidy on the patent rocker. Mother sniffed at him and said that he acted like a young smart Aleck, but he would merely grin in answer and coax her out for a walk.

As they paraded, the sun shone through the fuzzy, silver hair that puffed out round Father’s crab–apple face, and an echo of delicate silver was on Mother’s rose–leaf cheeks.

They were rustic as a meadow–ringed orchard, yet Father and Mother had been born in New York City, and there lived for more than sixty years. Father was a perfectly able clerk in Pilkings’s shoe–store on Sixth Avenue, and Pilkings was so much older than Father that he still called him, “Hey you, Seth!” and still gave him advice about handling lady customers. For three or four years, some ten years back, Father and Mr. Pilkings had displayed ill–feeling over the passing of the amiable elastic–sided Congress shoe. But that was practically forgotten, and Father began to feel fairly certain of his job.