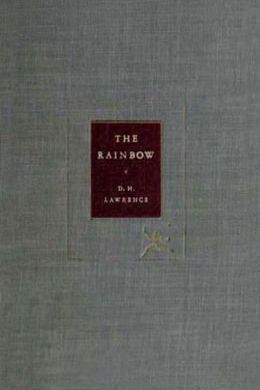 Lush with religious and metaphysical imagery, this is the story of three generations of the Brangwen family, set against the decline of the rural English midlands. It peers into a family’s sexual mores, exposing the sexual dynamics of marriage and physical love. D.H. Lawrence explores the lives of three generations of the Brangwen family, conveying how their rural existence is gradually but profoundly changed by the influx of industry and urbanism. But it is young Ursula Brangwen, discovering herself through her sexual awakening, who becomes the focus of Lawrence’s classic work, which was banned by court order when it was first published in London in 1915.

The Brangwens had lived for generations on the Marsh Farm, in the meadows where the Erewash twisted sluggishly through alder trees, separating Derbyshire from Nottinghamshire. Two miles away, a church-tower stood on a hill, the houses of the little country town climbing assiduously up to it. Whenever one of the Brangwens in the fields lifted his head from his work, he saw the church-tower at Ilkeston in the empty sky. So that as he turned again to the horizontal land, he was aware of something standing above him and beyond him in the distance.

There was a look in the eyes of the Brangwens as if they were expecting something unknown, about which they were eager. They had that air of readiness for what would come to them, a kind of surety, an expectancy, the look of an inheritor.

They were fresh, blond, slow-speaking people, revealing themselves plainly, but slowly, so that one could watch the change in their eyes from laughter to anger, blue, lit-up laughter, to a hard blue-staring anger; through all the irresolute stages of the sky when the weather is changing.

Living on rich land, on their own land, near to a growing town, they had forgotten what it was to be in straitened circumstances. They had never become rich, because there were always children, and the patrimony was divided every time. But always, at the Marsh, there was ample.

So the Brangwens came and went without fear of necessity, working hard because of the life that was in them, not for want of the money. Neither were they thriftless. They were aware of the last halfpenny, and instinct made them not waste the peeling of their apple, for it would help to feed the cattle. But heaven and earth was teeming around them, and how should this cease? They felt the rush of the sap in spring, they knew the wave which cannot halt, but every year throws forward the seed to begetting, and, falling back, leaves the young-born on the earth. They knew the intercourse between heaven and earth, sunshine drawn into the breast and bowels, the rain sucked up in the daytime, nakedness that comes under the wind in autumn, showing the birds’ nests no longer worth hiding. Their life and interrelations were such; feeling the pulse and body of the soil, that opened to their furrow for the grain, and became smooth and supple after their ploughing, and clung to their feet with a weight that pulled like desire, lying hard and unresponsive when the crops were to be shorn away. The young corn waved and was silken, and the lustre slid along the limbs of the men who saw it. They took the udder of the cows, the cows yielded milk and pulse against the hands of the men, the pulse of the blood of the teats of the cows beat into the pulse of the hands of the men. They mounted their horses, and held life between the grip of their knees, they harnessed their horses at the wagon, and, with hand on the bridle-rings, drew the heaving of the horses after their will.

In autumn the partridges whirred up, birds in flocks blew like spray across the fallow, rooks appeared on the grey, watery heavens, and flew cawing into the winter. Then the men sat by the fire in the house where the women moved about with surety, and the limbs and the body of the men were impregnated with the day, cattle and earth and vegetation and the sky, the men sat by the fire and their brains were inert, as their blood flowed heavy with the accumulation from the living day.

The women were different. On them too was the drowse of blood-intimacy, calves sucking and hens running together in droves, and young geese palpitating in the hand while the food was pushed down their throttle. But the women looked out from the heated, blind intercourse of farm-life, to the spoken world beyond. They were aware of the lips and the mind of the world speaking and giving utterance, they heard the sound in the distance, and they strained to listen.

It was enough for the men, that the earth heaved and opened its furrow to them, that the wind blew to dry the wet wheat, and set the young ears of corn wheeling freshly round about; it was enough that they helped the cow in labour, or ferreted the rats from under the barn, or broke the back of a rabbit with a sharp knock of the hand. So much warmth and generating and pain and death did they know in their blood, earth and sky and beast and green plants, so much exchange and interchange they had with these, that they lived full and surcharged, their senses full fed, their faces always turned to the heat of the blood, staring into the sun, dazed with looking towards the source of generation, unable to turn round.

But the woman wanted another form of life than this, something that was not blood-intimacy. Her house faced out from the farm-buildings and fields, looked out to the road and the village with church and Hall and the world beyond.