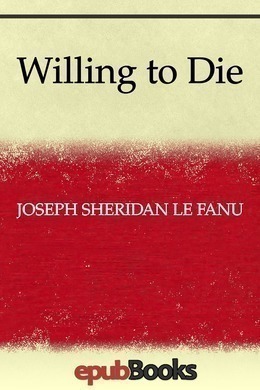 I am not an interesting person by any means. You shall judge. I shall be forty-two my next birthday. That anniversary will occur on the first of May, 1873; and I am unmarried. I don’t look quite the old maid I am, they tell me. They say I don’t look five-and-thirty, and I am conscious, sitting before the glass, that there is nothing sour or peevish in my features. What does it matter, even to me? I shall, of course, never marry; and, honestly, I don’t care to please any one. If I cared twopence how I looked, I should probably look worse than I do.

One of the earliest scenes I can remember with perfect distinctness is this. My sister and I, still denizens of the nursery, had come down to take our tea with good old Rebecca Torkill, the Malory housekeeper, in the room we called the cedar parlour. It is a long and rather sombre room, with two tall windows looking out upon the shadowy court-yard. There are on the wall some dingy portraits, whose pale faces peep out, as it were, through a background of black fog, from the canvas; and there is one, in better order than the others, of a grave man in the stately costume of James the First, which hangs over the mantel-piece. As a child I loved this room; I loved the half-decipherable pictures; it was solemn and even gloomy, but it was with the delightful gloom and solemnity of one of Rebecca Torkill’s stories of castles, giants, and goblins.

It was evening now, with a stormy, red sky in the west. Rebecca and we two children were seated round the table, sipping our tea, eating hot cake, and listening to her oft-told tale, entitled the Knight of the Black Castle.

This knight, habited in black, lived in his black castle, in the centre of a dark wood, and being a giant, and an ogre, and something of a magician besides, he used to ride out at nightfall with a couple of great black bags, to stow his prey in, at his saddle-bow, for the purpose of visiting such houses as had their nurseries well-stocked with children. His tall black horse, when he dismounted, waited at the hall-door, which, however mighty its bars and bolts, could not resist certain magical words which he uttered in a sepulchral voice–

At this charmed summons the door turned instantly on its hinges, without warning of creak or rattle, and the black knight mounted the stairs to the nursery, and was drawing the children softly out of their beds, by their feet, before any one knew he was near.

As this story, which with childish love of iteration we were listening to now for the fiftieth time, went on, I, whose chair faced the window, saw a tall man on a tall horse–both looked black enough against the red sky–ride by at a walk.

I thought it was the gaunt old vicar, who used to ride up now and then to visit our gardener’s mother, who was sick and weak, and troubling my head no more about him, was instantly as much absorbed as ever in the predatory prowlings of the Knight of the Black Castle.

It was not until I saw Rebecca’s face, in which I was staring with the steadiness of an eager interest, undergo a sudden and uncomfortable change, that I discovered my error. She stopped in the middle of a sentence, and her eyes were fixed on the door. Mine followed hers thither. I was more than startled. In the very crisis of a tale of terror, ready to believe any horror, I thought, for a moment, that I actually beheld the Black Knight, and felt that his horse, no doubt, and his saddle-bags, were waiting at the hall-door to receive me and my sister.

What I did see was a man who looked to me gigantic. He seemed to fill the tall door-case. His dress was dark, and he had a pair of leather overalls, I believe they called them, which had very much the effect of jack-boots, and he had a low-crowned hat on. His hair was long and black, his prominent black eyes were fixed on us, his face was long, but handsome, and deadly pale, as it seemed to me, from intense anger. A child’s instinctive reading of countenance is seldom at fault. The ideas of power and mystery surround grown persons in the eyes of children. A gloomy or forbidding face upon a person of great stature inspires something like panic; and if that person is a stranger, and evidently transported with anger, his mere appearance in the same room will, I can answer for it, frighten a child half into hysterics. This alarming face, with its black knit brows, and very blue shorn chin, was to me all the more fearful that it was that of a man no longer young. He advanced to the table with two strides, and said, in resonant, deep tones, to which my very heart seemed to vibrate:

“Mr. Ware’s not here, but he will be, soon enough; you give him that;” and he hammered down a letter on the table, with a thump of his huge fist. “That’s my answer; and tell him, moreover, that I took his letter,”–and he plucked an open letter deliberately from his great-coat pocket–“and tore it, this way and that way, across and across,” and he suited the action fiercely to the words, “and left it for him, there!”

So saying, he slapped down the pieces with his big hand, and made our tea-spoons jump and jingle in our cups, and turned and strode again to the door.

“And tell him this,” he added, in a tone of calmer hatred, turning his awful face on us again, “that there’s a God above us, who judges righteously.”