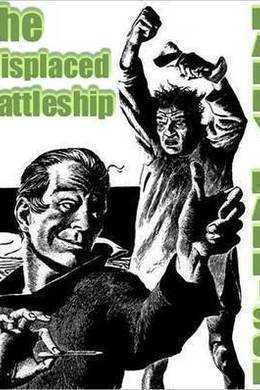 This is a wonderful story about ‘Slippery’ Jim DiGriz, later to be known as The Stainless Steel Rat. We first see DiGriz and his two companions in this book when he beats a Casino Planet to win money so they can purchase weaponry to defend themselves against their home planet, the planet Pyrrus. This story is a wonderful short story.

In this gripping story from twentieth-century science fiction master Harry Harrison, a gigantic battleship has slipped off the proverbial radar. Can wily protagonist Jim diGriz and his intrepid half-humanoid, half-robot crew of comrades retrieve it before it falls into the wrong hands and interstellar war breaks out?

When it comes to picking locks and cracking safes I admit to no master. The door to Inskipp’s private quarters had an old-fashioned tumbler drum that was easier to pick than my teeth. I must have gone through that door without breaking step. Quiet as I was though, Inskipp still heard me. The light came on and there he was sitting up in bed pointing a .75 caliber recoilless at my sternum.

“You should have more brains than that, diGriz,” he snarled. “Creeping into my room at night! You could have been shot.”

“No I couldn’t,” I told him, as he stowed the cannon back under his pillow. “A man with a curiosity bump as big as yours will always talk first and shoot later. And besides–none of this pussyfooting around in the dark would be necessary if your screen was open and I could have got a call through.”

Inskipp yawned and poured himself a glass of water from the dispenser unit above the bed. “Just because I head the Special Corps, doesn’t mean that I am the Special Corps,” he said moistly while he drained the glass. “I have to sleep sometime. My screen is open only for emergency calls, not for every agent who needs his hand held.”

“Meaning I am in the hand-holding category?” I asked with as much sweetness as I could.

“Put yourself in any category you please,” he grumbled as he slumped down in the bed. “And also put yourself out into the hall and see me tomorrow during working hours.”

He was at my mercy, really. He wanted sleep so much. And he was going to be wide awake so very soon.

“Do you know what this is?” I asked him, poking a large glossy pic under his long broken nose. One eye opened slowly.

“Big warship of some kind, looks like Empire lines. Now for the last time–go away!” he said.

“A very good guess for this late at night,” I told him cheerily. “It is a late Empire battleship of the Warlord class. Undoubtedly one of the most truly efficient engines of destruction ever manufactured. Over a half mile of defensive screens and armament, that could probably turn any fleet existent today into fine radioactive ash–”

“Except for the fact that the last one was broken up for scrap over a thousand years ago,” he mumbled.

I leaned over and put my lips close to his ear. So there would be no chance of misunderstanding. Speaking softly, but clearly.

“True, true,” I said. “But wouldn’t you be just a little bit interested if I was to tell you that one is being built today?”

Oh, it was beautiful to watch. The covers went one way and Inskipp went the other. In a single unfolding, in concerted motion he left the horizontal and recumbent and stood tensely vertical against the wall. Examining the pic of the battleship under the light. He apparently did not believe in pajama bottoms and it hurt me to see the goose-bumps rising on those thin shanks. But if the legs were thin, the voice was more than full enough to make up for the difference.

“Talk, blast you diGriz–talk!” he roared. “What is this nonsense about a battleship? Who’s building it?”

I had my nail file out and was touching up a cuticle, holding it out for inspection before I said anything. From the corner of my eye I could see him getting purple about the face–but he kept quiet. I savored my small moment of power.

“Put diGriz in charge of the record room for a while, you said, that way he can learn the ropes. Burrowing around in century-old, dusty files will be just the thing for a free spirit like Slippery Jim diGriz. Teach him discipline. Show him what the Corps stands for. At the same time it will get the records in shape. They have been needing reorganization for quite a while.”

Inskipp opened his mouth, made a choking noise, then closed it. He undoubtedly realized that any interruption would only lengthen my explanation, not shorten it. I smiled and nodded at his decision, then continued.

“So you thought you had me safely out of the way. Breaking my spirit under the guise of ‘giving me a little background in the Corps’ activities.’ In this sense your plan failed. Something else happened instead. I nosed through the files and found them most interesting. Particularly the C & M setup–the Categorizer and Memory. That building full of machinery that takes in and digests news and reports from all the planets in the galaxy, indexes it to every category it can possibly relate, then files it. Great machine to work with. I had it digging out spaceship info for me, something I have always been interested in–”

“You should be,” Inskipp interrupted rudely. “You’ve stolen enough of them in your time.”

I gave him a hurt look and went on–slowly. “I won’t bore you with all the details, since you seem impatient, but eventually I turned up this plan.” He had it out of my fingers before it cleared my wallet.