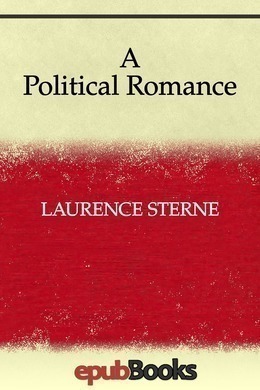 The first work written by Sterne might be labelled a roman à clef or a cronique scandaleuse, which were so popular at the beginning of the eighteenth century. However, even these more suitable names do not do justice to the richness and slipperiness of this text. It can certainly be considered a mock-epic allegory that wraps in its translucent veils a provincial squabble between a church-lawyer, an archbishop and a Dean, i.e. a “Lilliputian” satire on ecclesiastical politics in Sterne s York. (source: Wikipedia)

In my last, for want of something better to write about, I told you what a World of Fending and Proving we have had of late, in this little Village of ours, about an old-cast-Pair-of-black-Plush-Breeches, which John, our Parish-Clerk, about ten Years ago, it seems, had made a Promise of to one Trim, who is our Sexton and Dog-Whipper.–To this you write me Word, that you have had more than either one or two Occasions to know a good deal of the shifty Behaviour of this said Master Trim,– and that you are astonished, nor can you for your Soul conceive, how so worthless a Fellow, and so worthless a Thing into the Bargain, could become the Occasion of such a Racket as I have represented.

Now, though you do not say expressly, you could wish to hear any more about it, yet I see plain enough that I have raised your Curiosity; and therefore, from the same Motive, that I slightly mentioned it at all in my last Letter, I will, in this, give you a full and very circumstantial Account of the whole Affair.

But, before I begin, I must first set you right in one very material Point, in which I have misled you, as to the true Cause of all this Uproar amongst us;–which does not take its Rise, as I then told you, from the Affair of the Breeches;–but, on the contrary, the whole Affair of the Breeches has taken its Rise from it:–To understand which, you must know, that the first Beginning of the Squabble was not between John the Parish-Clerk and Trim the Sexton, but betwixt the Parson of the Parish and the said Master Trim, about an old Watch-Coat, which had many Years hung up in the Church, which Trim had set his Heart upon; and nothing would serve Trim but he must take it home, in order to have it converted into a warm Under-Petticoat for his Wife, and a Jerkin for himself, against Winter; which, in a plaintive Tone, he most humbly begg’d his Reverence would consent to.

I need not tell you, Sir, who have so often felt it, that a Principle of strong Compassion transports a generous Mind sometimes beyond what is strictly right,–the Parson was within an Ace of being an honourable Example of this very Crime;–for no sooner did the distinct Words– Petticoat–poor Wife–warm–Winter strike upon his Ear, but his Heart warmed,–and, before Trim had well got to the End of his Petition, (being a Gentleman of a frank and open Temper) he told him he was welcome to it, with all his Heart and Soul. But, Trim, says he, as you see I am but just got down to my Living, and am an utter Stranger to all Parish-Matters, know nothing about this old Watch-Coat you beg of me, having never seen it in my Life, and therefore cannot be a Judge whether ‘tis fit for such a Purpose; or, if it is, in Truth, know not whether ‘tis mine to bestow upon you or not;–you must have a Week or ten Days Patience, till I can make some Inquiries about it;–and, if I find it is in my Power, I tell you again, Man, your Wife is heartily welcome to an Under-Petticoat out of it, and you to a Jerkin, was the Thing as good again as you represent it.

It is necessary to inform you, Sir, in this Place, That the Parson was earnestly bent to serve Trim in this Affair, not only from the Motive of Generality, which I have justly ascribed to him, but likewise from another Motive; and that was by way of making some Sort of Recompence for a Multitude of small Services which Trim had occasionally done, and indeed was continually doing, (as he was much about the House) when his own Man was out of the Way. For all these Reasons together, I say, the Parson of the Parish intended to serve Trim in this Matter to the utmost of his Power: All that was wanting was previously to inquire, if any one had a Claim to it;–or whether, as it had, Time immemorial, hung up in the Church, the taking it down might not raise a Clamour in the Parish. These Inquiries were the very Thing that Trim dreaded in his Heart–He knew very well that if the Parson should but say one Word to the Church- Wardens about it, there would be an End of the whole Affair. For this, and some other Reasons not necessary to be told you, at present, Trim was for allowing no Time in this Matter;–but, on the contrary, doubled his Diligence and Importunity at the Vicarage-House;–plagued the whole Family to Death;–pressed his Suit Morning, Noon, and Night; and, to shorten my Story, teazed the poor Gentleman, who was but in an ill State of Health, almost out of his Life about it.