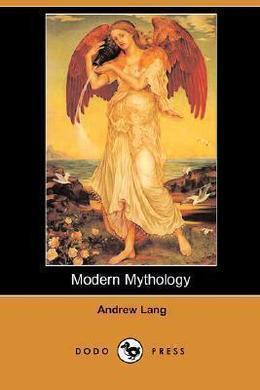 This influential work on comparative mythology takes on a scholarly controversy that raged at the time over the origin of mythology. Is myth “a disease of language,” as Max Muller claimed, or does it, as the Lang argues here, reflect the spiritual needs of humans? Lang makes the case for an anthropological study of mythology. A fascinating treatise on the study of modern mythology the construction of myths so soon after an event. Andrew Lang was the foremost scholar in folklore and mythology of his time.

Between 1860 and 1880, roughly speaking, English people interested in early myths and religions found the mythological theories of Professor Max Muller in possession of the field. These brilliant and attractive theories, taking them in the widest sense, were not, of course, peculiar to the Right Hon. Professor. In France, in Germany, in America, in Italy, many scholars agreed in his opinion that the science of language is the most potent spell for opening the secret chamber of mythology. But while these scholars worked on the same general principle as Mr. Max Muller, while they subjected the names of mythical beings–Zeus, Helen, Achilles, Athene–to philological analysis, and then explained the stories of gods and heroes by their interpretations of the meanings of their names, they arrived at all sorts of discordant results. Where Mr. Max Muller found a myth of the Sun or of the Dawn, these scholars were apt to see a myth of the wind, of the lightning, of the thunder-cloud, of the crepuscule, of the upper air, of what each of them pleased. But these ideas–the ideas of Kuhn, Welcker, Curtius (when he appeared in the discussion), of Schwartz, of Lauer, of Breal, of many others–were very little known–if known at all–to the English public. Captivated by the graces of Mr. Max Muller’s manner, and by a style so pellucid that it accredited a logic perhaps not so clear, the public hardly knew of the divisions in the philological camp. They were unaware that, as Mannhardt says, the philological school had won ‘few sure gains,’ and had discredited their method by a ‘muster-roll of variegated’ and discrepant ‘hypotheses.’

Now, in all sciences there are differences of opinion about details. In comparative mythology there was, with rare exceptions, no agreement at all about results beyond this point; Greek and Sanskrit, German and Slavonic myths were, in the immense majority of instances, to be regarded as mirror-pictures on earth, of celestial and meteorological phenomena. Thus even the story of the Earth Goddess, the Harvest Goddess, Demeter, was usually explained as a reflection in myth of one or another celestial phenomenon–dawn, storm-cloud, or something else according to taste.

Again, Greek or German myths were usually to be interpreted by comparison with myths in the Rig Veda. Their origin was to be ascertained by discovering the Aryan root and original significance of the names of gods and heroes, such as Saranyu–Erinnys, Daphne–Dahana, Athene–Ahana. The etymology and meaning of such names being ascertained, the origin and sense of the myths in which the names occur should be clear.

Clear it was not. There were, in most cases, as many opinions as to the etymology and meaning of each name and myth, as there were philologists engaged in the study. Mannhardt, who began, in 1858, as a member of the philological school, in his last public utterance (1877) described the method and results, including his own work of 1858, as ‘mainly failures.’

But, long ere that, the English cultivated public had, most naturally, accepted Mr. Max Muller as the representative of the school which then held the field in comparative mythology. His German and other foreign brethren, with their discrepant results, were only known to the general, in England (I am not speaking of English scholars), by the references to them in the Oxford professor’s own works. His theories were made part of the education of children, and found their way into a kind of popular primers.

For these reasons, anyone in England who was daring enough to doubt, or to deny, the validity of the philological system of mythology in general was obliged to choose Mr. Max Muller as his adversary. He must strike, as it were, the shield of no Hospitaler of unsteady seat, but that of the Templar himself. And this is the cause of what seems to puzzle Mr. Max Muller, namely the attacks on his system and his results in particular. An English critic, writing for English readers, had to do with the scholar who chiefly represented the philological school of mythology in the eyes of England.