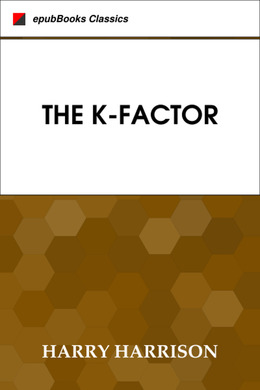 Speed never hurt anybody–it’s the sudden stop at the end. It’s not how much change that signals danger, but how fast it’s changing…

“We’re losing a planet, Neel. I’m afraid that I can’t … understand it.”

The bald and wrinkled head wobbled a bit on the thin neck, and his eyes were moist. Abravanel was a very old man. Looking at him, Neel realized for the first time just how old and close to death he was. It was a profoundly shocking thought.

“Pardon me, sir,” Neel broke in, “but is it possible? To lose a planet, I mean. If the readings are done correctly, and the k-factor equations worked to the tenth decimal place, then it’s really just a matter of adjustment, making the indicated corrections. After all, Societics is an exact science–”

“Exact? Exact! Of course it’s not! Have I taught you so little that you dare say that to me?” Anger animated the old man, driving the shadow of death back a step or two.

Neel hesitated, feeling his hands quiver ever so slightly, groping for the right words. Societics was his faith, and his teacher, Abravanel, its only prophet. This man before him, carefully preserved by the age-retarding drugs, was unique in the galaxy. A living anachronism, a refugee from the history books. Abravanel had singlehandedly worked out the equations, spelled out his science of Societics. Then he had trained seven generations of students in its fundamentals. Hearing the article of his faith defamed by its creator produced a negative feedback loop in Neel so strong his hands vibrated in tune with it. It took a jarring effort to crack out of the cycle.

“The laws that control Societics, as postulated by … you, are as exact as any others in the unified-field theory universe.”

“No they’re not. And, if any man I taught believes that nonsense, I’m retiring tomorrow and dropping dead the day after. My science–and it is really not logical to call it a science–is based on observation, experimentation, control groups and corrected observations. And though we have made observations in the millions, we are dealing in units in the billions, and the interactions of these units are multiples of that. And let us never forget that our units are people who, when they operate as individuals, do so in a completely different manner. So you cannot truthfully call my theories exact. They fit the facts well enough and produce results in practice, that has been empirically proven. So far. Some day, I am sure, we will run across a culture that doesn’t fit my rules. At that time the rules will have to be revised. We may have that situation now on Himmel. There’s trouble cooking there.”

“They have always had a high activity count, sir,” Neel put in hopefully.

“High yes, but always negative. Until now. Now it is slightly positive and nothing we can do seems to change it. That’s why I’ve called you in. I want you to run a new basic survey, ignoring the old one still in operation, to re-examine the check points on our graphs. The trouble may lie there.”

Neel thought before he answered, picking his words carefully. “Wouldn’t that be a little … unethical, sir? After all Hengly, who is operator there now, is a friend of mine. Going behind his back, you know.”

“I know nothing of the sort.” Abravanel snorted. “We are not playing for poker chips, or seeing who can get a paper published first. Have you forgotten what Societics is?”

“And what is the one factor that we have tried to control in order to make all the other factors possible of existence?”

“Very good then, there is no doubt what it is we are talking about. You are going to land quietly on Himmel, do a survey as quickly as possible and transmit the data back here. There is no cause to think of it as sneaking behind Hengly’s back, but as doing something to help him set the matter right. Is that understood?”

“Yes, sir,” Neel said firmly this time, straightening his back and letting his right hand rest reassuringly on the computer slung from his belt.

“Excellent. Then it is now time to meet your assistant.” Abravanel touched a button on his desk.