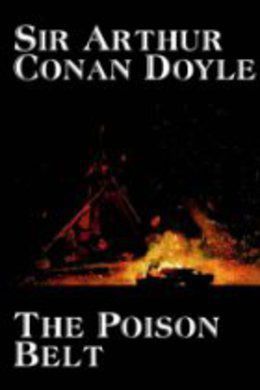 Being an Account of Another Amazing Adventure of Professor Challenger

The legendary Professor Challenger hits the headlines once again. In a letter to The Times, he asserts that a change in the earth’s cosmic surroundings is resulting in the poisoning of the planet. He claims that seemingly unconnected worldwide disasters prove that the earth has swum into a poison belt of ether - and towards inevitable destruction. Ed Malone, the dynamic young journalist, is then invited to visit the Professor with the strange request to ‘bring oxygen’. The four members of The Lost World expedition reunited, they settle down to a hearty lunch, with the Professor determined to enjoy his final few hours. Is this all a strange ruse of the Professor’s or is total annihilation really only hours away?

It is imperative that now at once, while these stupendous events are still clear in my mind, I should set them down with that exactness of detail which time may blur. But even as I do so, I am overwhelmed by the wonder of the fact that it should be our little group of the “Lost World”–Professor Challenger, Professor Summerlee, Lord John Roxton, and myself–who have passed through this amazing experience.

When, some years ago, I chronicled in the Daily Gazette our epoch-making journey in South America, I little thought that it should ever fall to my lot to tell an even stranger personal experience, one which is unique in all human annals and must stand out in the records of history as a great peak among the humble foothills which surround it. The event itself will always be marvellous, but the circumstances that we four were together at the time of this extraordinary episode came about in a most natural and, indeed, inevitable fashion. I will explain the events which led up to it as shortly and as clearly as I can, though I am well aware that the fuller the detail upon such a subject the more welcome it will be to the reader, for the public curiosity has been and still is insatiable.

It was upon Friday, the twenty-seventh of August–a date forever memorable in the history of the world–that I went down to the office of my paper and asked for three days’ leave of absence from Mr. McArdle, who still presided over our news department. The good old Scotchman shook his head, scratched his dwindling fringe of ruddy fluff, and finally put his reluctance into words.

“I was thinking, Mr. Malone, that we could employ you to advantage these days. I was thinking there was a story that you are the only man that could handle as it should be handled.”

“I am sorry for that,” said I, trying to hide my disappointment. “Of course if I am needed, there is an end of the matter. But the engagement was important and intimate. If I could be spared—-“

It was bitter, but I had to put the best face I could upon it. After all, it was my own fault, for I should have known by this time that a journalist has no right to make plans of his own.

“Then I’ll think no more of it,” said I with as much cheerfulness as I could assume at so short a notice. “What was it that you wanted me to do?”

“Well, it was just to interview that deevil of a man down at Rotherfield.”

“Aye, it’s just him that I do mean. He ran young Alec Simpson of the Courier a mile down the high road last week by the collar of his coat and the slack of his breeches. You’ll have read of it, likely, in the police report. Our boys would as soon interview a loose alligator in the zoo. But you could do it, I’m thinking–an old friend like you.”

“Why,” said I, greatly relieved, “this makes it all easy. It so happens that it was to visit Professor Challenger at Rotherfield that I was asking for leave of absence. The fact is, that it is the anniversary of our main adventure on the plateau three years ago, and he has asked our whole party down to his house to see him and celebrate the occasion.”

“Capital!” cried McArdle, rubbing his hands and beaming through his glasses. “Then you will be able to get his opeenions out of him. In any other man I would say it was all moonshine, but the fellow has made good once, and who knows but he may again!”

“Haven’t you seen his letter on ‘Scientific Possibeelities’ in to-day’s Times?”

McArdle dived down and picked a copy from the floor.

“Read it aloud,” said he, indicating a column with his finger. “I’d be glad to hear it again, for I am not sure now that I have the man’s meaning clear in my head.”