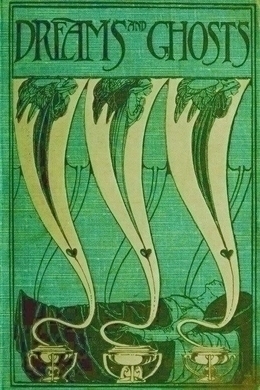 The Book of Dreams and Ghosts

The Book of Dreams and Ghosts is an entertaining horror fiction composed of short stories. The narrations play with reader’s psychology and drag it to illusions and hallucinations. The author has used a simple plot which is narrated in the plain language. The stories have unnerving twists and turns and seem realistic as different narrators tell their true dreams. Spine chilling.

Arbuthnot on Political Lying. Begin with “Great Swingeing Falsehoods”. The Opposite Method to be used in telling Ghost Stones. Begin with the more Familiar and Credible. Sleep. Dreams. Ghosts are identical with Waking Dreams. Possibility of being Asleep when we think we are Awake. Dreams shared by several People. Story of the Dog Fanti. The Swithinbank Dream. Common Features of Ghosts and Dreams. Mark Twain’s Story. Theory of Common-sense. Not Logical. Fulfilled Dreams. The Pig in the Palace. The Mignonette. Dreams of Reawakened Memory. The Lost Cheque. The Ducks’ Eggs. The Lost Key. Drama in Dreams. The Lost Securities. The Portuguese Gold-piece. St. Augustine’s Story. The Two Curmas. Knowledge acquired in Dreams. The Assyrian Priest. The Deja Vu. “I have been here before.” Sir Walter’s Experience. Explanations. The Knot in the Shutter. Transition to Stranger Dreams.

Arbuthnot, in his humorous work on Political Lying, commends the Whigs for occasionally trying the people with “great swingeing falsehoods”. When these are once got down by the populace, anything may follow without difficulty. Excellently as this practice has worked in politics (compare the warming-pan lie of 1688), in the telling of ghost stories a different plan has its merits. Beginning with the common-place and familiar, and therefore credible, with the thin end of the wedge, in fact, a wise narrator will advance to the rather unusual, the extremely rare, the undeniably startling, and so arrive at statements which, without this discreet and gradual initiation, a hasty reader might, justly or unjustly, dismiss as “great swingeing falsehoods”.

The nature of things and of men has fortunately made this method at once easy, obvious, and scientific. Even in the rather fantastic realm of ghosts, the stories fall into regular groups, advancing in difficulty, like exercises in music or in a foreign language. We therefore start from the easiest Exercises in Belief, or even from those which present no difficulty at all. The defect of the method is that easy stories are dull reading. But the student can “skip”. We begin with common every-night dreams.

Sleeping is as natural as waking; dreams are nearly as frequent as every-day sensations, thoughts, and emotions. But dreams, being familiar, are credible; it is admitted that people do dream; we reach the less credible as we advance to the less familiar. For, if we think for a moment, the alleged events of ghostdom–apparitions of all sorts–are precisely identical with the every-night phenomena of dreaming, except for the avowed element of sleep in dreams.

In dreams, time and space are annihilated, and two severed lovers may be made happy. In dreams, amidst a grotesque confusion of things remembered and things forgot, we see the events of the past (I have been at Culloden fight and at the siege of Troy); we are present in places remote; we behold the absent; we converse with the dead, and we may even (let us say by chance coincidence) forecast the future. All these things, except the last, are familiar to everybody who dreams. It is also certain that similar, but yet more vivid, false experiences may be produced, at the word of the hypnotiser, in persons under the hypnotic sleep. A hypnotised man will take water for wine, and get drunk on it.

Now, the ghostly is nothing but the experience, when men are awake, or apparently awake, of the every-night phenomena of dreaming. The vision of the absent seen by a waking, or apparently waking, man is called “a wraith”; the waking, or apparently waking, vision of the dead is called “a ghost”. Yet, as St. Augustine says, the absent man, or the dead man, may know no more of the vision, and may have no more to do with causing it, than have the absent or the dead whom we are perfectly accustomed to see in our dreams. Moreover, the comparatively rare cases in which two or more waking people are alleged to have seen the same “ghost,” simultaneously or in succession, have their parallel in sleep, where two or more persons simultaneously dream the same dream. Of this curious fact let us give one example; the names only are altered.