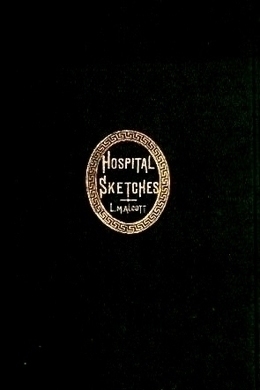 Before her wider fame as the author of Little Women, Louisa May Alcott achieved recognition for her accounts of her work as a volunteer nurse in an army hospital. Written during the winter of 1862-63, her lively dispatches appeared in the newspaper Commonwealth, where they were eagerly read by soldiers’ friends and families. Then, as now, these chronicles revealed the desperate realities of battlefield medicine as well as the tentative first steps of women in military service. Writing under a pseudonym, Alcott recounted the vicissitudes of her two-day journey from her home in Concord, Massachusetts, to Washington, D.C. A fiery baptism in the practice of nursing awaited her at Washington Hospital, were she arrived immediately after the slaughter of the Army of the Potomac at the battle of Fredericksburg. Alcott’s rapidly paced prose graphically depicts the facts of hospital life, deftly balancing pathos with gentle humor. A vivid and truthful portrait of an often overlooked aspect of the Civil War, this book remains among the most illuminating reports of the era’s medical practices as well as a moving testimonial to the war’s human cost.

“I want something to do.”

This remark being addressed to the world in general, no one in particular felt it their duty to reply; so I repeated it to the smaller world about me, received the following suggestions, and settled the matter by answering my own inquiry, as people are apt to do when very much in earnest.

“Write a book,” quoth the author of my being.

“No thank you, ma’am, ten years of that is enough.”

“Take a husband like my Darby, and fulfill your mission,” said sister Joan, home on a visit.

So far, very good. Here was the will–now for the way. At first sight not a foot of it appeared, but that didn’t matter, for the Periwinkles are a hopeful race; their crest is an anchor, with three cock-a-doodles crowing atop. They all wear rose-colored spectacles, and are lineal descendants of the inventor of aerial architecture. An hour’s conversation on the subject set the whole family in a blaze of enthusiasm. A model hospital was erected, and each member had accepted an honorable post therein. The paternal P. was chaplain, the maternal P. was matron, and all the youthful P.s filled the pod of futurity with achievements whose brilliancy eclipsed the glories of the present and the past. Arriving at this satisfactory conclusion, the meeting adjourned, and the fact that Miss Tribulation was available as army nurse went abroad on the wings of the wind.

In a few days a townswoman heard of my desire, approved of it, and brought about an interview with one of the sisterhood which I wished to join, who was at home on a furlough, and able and willing to satisfy all inquiries. A morning chat with Miss General S.–we hear no end of Mrs. Generals, why not a Miss?–produced three results: I felt that I could do the work, was offered a place, and accepted it, promising not to desert, but stand ready to march on Washington at an hour’s notice.

A few days were necessary for the letter containing my request and recommendation to reach headquarters, and another, containing my commission, to return; therefore no time was to be lost; and heartily thanking my pair of friends, I tore home through the December slush as if the rebels were after me, and like many another recruit, burst in upon my family with the announcement–

An impressive silence followed. Tom, the irrepressible, broke it with a slap on the shoulder and the graceful compliment–

“Thank you; then I’ll take something:” which I did, in the shape of dinner, reeling off my news at the rate of three dozen words to a mouthful; and as every one else talked equally fast, and all together, the scene was most inspiring.

As boys going to sea immediately become nautical in speech, walk as if they already had their “sea legs” on, and shiver their timbers on all possible occasions, so I turned military at once, called my dinner my rations, saluted all new comers, and ordered a dress parade that very afternoon. Having reviewed every rag I possessed, I detailed some for picket duty while airing over the fence; some to the sanitary influences of the wash-tub; others to mount guard in the trunk; while the weak and wounded went to the Work-basket Hospital, to be made ready for active service again. To this squad I devoted myself for a week; but all was done, and I had time to get powerfully impatient before the letter came. It did arrive however, and brought a disappointment along with its good will and friendliness, for it told me that the place in the Armory Hospital that I supposed I was to take, was already filled, and a much less desirable one at Hurly-burly House was offered instead.

“That’s just your luck, Trib. I’ll tote your trunk up garret for you again; for of course you won’t go,” Tom remarked, with the disdainful pity which small boys affect when they get into their teens. I was wavering in my secret soul, but that settled the matter, and I crushed him on the spot with martial brevity–

I have a confused recollection of spending the afternoon in pervading the house like an executive whirlwind, with my family swarming after me, all working, talking, prophesying and lamenting, while I packed my “go-abroady” possessions, tumbled the rest into two big boxes, danced on the lids till they shut, and gave them in charge, with the direction,–

“If I never come back, make a bonfire of them.”