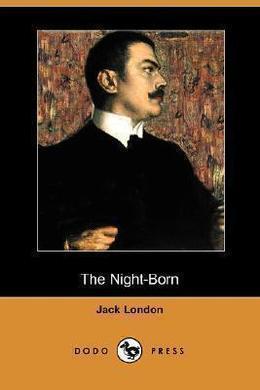 It was in the old Alta-Inyo Club–a warm night for San Francisco–and through the open windows, hushed and far, came the brawl of the streets. The talk had led on from the Graft Prosecution and the latest signs that the town was to be run wide open, down through all the grotesque sordidness and rottenness of man-hate and man-meanness, until the name of O’Brien was mentioned–O’Brien, the promising young pugilist who had been killed in the prize-ring the night before. At once the air had seemed to freshen. O’Brien had been a clean-living young man with ideals. He neither drank, smoked, nor swore, and his had been the body of a beautiful young god. He had even carried his prayer-book to the ringside. They found it in his coat pocket in the dressing-room… afterward.

Here was Youth, clean and wholesome, unsullied–the thing of glory and wonder for men to conjure with….. after it has been lost to them and they have turned middle-aged. And so well did we conjure, that Romance came and for an hour led us far from the man-city and its snarling roar. Bardwell, in a way, started it by quoting from Thoreau; but it was old Trefethan, bald-headed and dewlapped, who took up the quotation and for the hour to come was romance incarnate. At first we wondered how many Scotches he had consumed since dinner, but very soon all that was forgotten.

“It was in 1898–I was thirty-five then,” he said. “Yes, I know you are adding it up. You’re right. I’m forty-seven now; look ten years more; and the doctors say–damn the doctors anyway!”

He lifted the long glass to his lips and sipped it slowly to soothe away his irritation.

“But I was young…once. I was young twelve years ago, and I had hair on top of my head, and my stomach was lean as a runner’s, and the longest day was none too long for me. I was a husky back there in ‘98. You remember me, Milner. You knew me then. Wasn’t I a pretty good bit of all right?”

Milner nodded and agreed. Like Trefethan, he was another mining engineer who had cleaned up a fortune in the Klondike.

“You certainly were, old man,” Milner said. “I’ll never forget when you cleaned out those lumberjacks in the M. & M. that night that little newspaper man started the row. Slavin was in the country at the time,”–this to us–“and his manager wanted to get up a match with Trefethan.”

“Well, look at me now,” Trefethan commanded angrily. “That’s what the Goldstead did to me–God knows how many millions, but nothing left in my soul….. nor in my veins. The good red blood is gone. I am a jellyfish, a huge, gross mass of oscillating protoplasm, a–a…”

But language failed him, and he drew solace from the long glass.

“Women looked at me then; and turned their heads to look a second time. Strange that I never married. But the girl. That’s what I started to tell you about. I met her a thousand miles from anywhere, and then some. And she quoted to me those very words of Thoreau that Bardwell quoted a moment ago–the ones about the day-born gods and the night-born.”

“It was after I had made my locations on Goldstead–and didn’t know what a treasure-pot that that trip creek was going to prove–that I made that trip east over the Rockies, angling across to the Great Up North there the Rockies are something more than a back-bone. They are a boundary, a dividing line, a wall impregnable and unscalable. There is no intercourse across them, though, on occasion, from the early days, wandering trappers have crossed them, though more were lost by the way than ever came through. And that was precisely why I tackled the job. It was a traverse any man would be proud to make. I am prouder of it right now than anything else I have ever done.

“It is an unknown land. Great stretches of it have never been explored. There are big valleys there where the white man has never set foot, and Indian tribes as primitive as ten thousand years…almost, for they have had some contact with the whites. Parties of them come out once in a while to trade, and that is all. Even the Hudson Bay Company failed to find them and farm them.

“And now the girl. I was coming up a stream–you’d call it a river in California–uncharted–and unnamed. It was a noble valley, now shut in by high canyon walls, and again opening out into beautiful stretches, wide and long, with pasture shoulder-high in the bottoms, meadows dotted with flowers, and with clumps of timberspruce–virgin and magnificent. The dogs were packing on their backs, and were sore-footed and played out; while I was looking for any bunch of Indians to get sleds and drivers from and go on with the first snow. It was late fall, but the way those flowers persisted surprised me. I was supposed to be in sub-arctic America, and high up among the buttresses of the Rockies, and yet there was that everlasting spread of flowers. Some day the white settlers will be in there and growing wheat down all that valley.