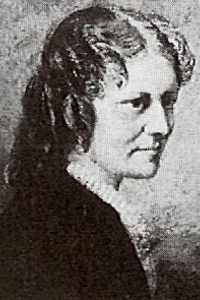 Anna Sewell was an English novelist who’s only published work was Black Beauty, written during 1871 to 1877, after she had moved to Old Catton, a village outside the city of Norwich in Norfolk. During this time her health was declining. She was often so weak that she was confined to her bed and writing was a challenge. She dictated the text to her mother and from 1876 began to write on slips of paper which her mother then transcribed. Sewell sold the novel to local publisher Jarrolds on 24 November 1877, when she was 57 years of age. Although it is now considered a children’s classic, she originally wrote it for those who worked with horses. She said “a special aim [was] to induce kindness, sympathy, and an understanding treatment of horses”.

Black Beauty is a handsome, sweet-tempered colt with a strong spirit. As a young colt, he is free to gallop in the fresh green meadows with his beloved ...read more »

Black Beauty was written in 1877 and was subtitled “The Autobiography of a Horse.” It quickly became known as the best-loved animal story. In addition t...read more »