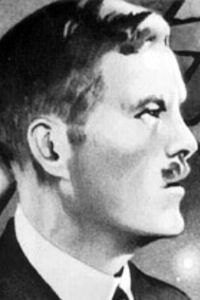 David Lindsay was a Scottish author now best remembered for the philosophical science fiction novel A Voyage to Arcturus, which has been described as the major “underground” novel of the 20th century. The secret of Lindsay’s apparent originality as a novelist lies in his metaphysical assumptions. Like the gnostics he seems to have viewed the “real” world as an illusion, which must be rejected in order to perceive genuine “truth”. In The Haunted Woman, the two main characters discover a room which seems to exist only some of the time; while they are there together, they can see more clearly and express themselves honestly. In The Violet Apple, the fruit of the title is of the species eaten by Adam and Eve, and Lindsay’s description of its effects is a startling, lyrical episode in a novel which is otherwise concerned with rather ordinary matters.

A Voyage to Arcturus is a novel by the Scottish writer David Lindsay. It combines fantasy, philosophy, and science fiction in an exploration of the natu...read more »