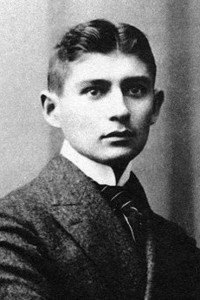 Franz Kafka was a German-language novelist, one of the most influential of the 20th century, whose works came to be regarded after his death as one of the major achievements of world literature. The term “Kafkaesque” has entered the English language. His body of work—the novels The Trial, The Castle and Amerika, short stories including The Metamorphosis and In the Penal Colony—is now considered among the most original in Western literature. Most of Kafka’s output, much of it unfinished at the time of his death, was published posthumously. (source: Wikipedia)

The story is set in an unnamed penal colony. Internal clues and the setting on an island suggest Octave Mirbeau’s The Torture Garden as an influence. As...read more »

In this, his most famous story, Kafka explores the notions of alienation and human loneliness through extraordinary narrative technique and depth of ima...read more »

A terrifying psychological trip into the life of one Joseph K., an ordinary man who wakes up one day to find himself accused of a crime he did not commi...read more »