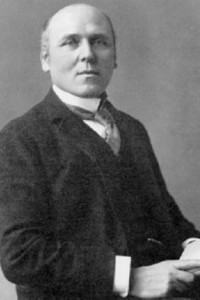 Howard Pyle was an American illustrator and writer, primarily of books for young audiences. In 1894 he began teaching illustration at the Drexel Institute of Art, Science and Industry, and after 1900 founded his own school of art and illustration called the Howard Pyle School of Illustration Art. He wrote an original work, Otto of the Silver Hand, in 1888 and also illustrated historical and adventure stories for periodicals such as Harper’s Weekly and St. Nicholas Magazine. Pyle travelled to Florence, Italy to study mural painting in 1910, and died there in 1911 of sudden kidney infection.

Pirates, Buccaneers, Marooners, those cruel but picturesque sea wolves who once infested the Spanish Main, all live in present-day conceptions in great ...read more »

The price of honor…Myles Falworth was only eight years old the day a knight in black rode into the courtyard of his father’s castle with murderous inten...read more »

Born into a family that is already engaged in a blood feud with another noble house, Otto is sent to live with monks, but is reclaimed at age 12 by his ...read more »

One of the best swashbuckling adventures ever written: As for Captain Morgan, he went about his work with the utmost coolness and deliberation imaginabl...read more »

The Merry Adventures of Robin Hood (1883)

He stole from the rich and gave to the poor, and in so doing became an undying symbol of virtue. But most important, Robin Hood and his band of Merry Me...read more »

The Story of Sir Launcelot and His Companions (1907)

Enchanting tale of chivalry and love recounts the adventures of the most famous knight of King Arthur’s Round Table. Follows Sir Launcelot of the Round ...read more »

Want to spend some time in the hazy, dreamy space between the real world and fantasy? Dig into Howard Pyle’s Twilight Land, an enchanting collection of ...read more »