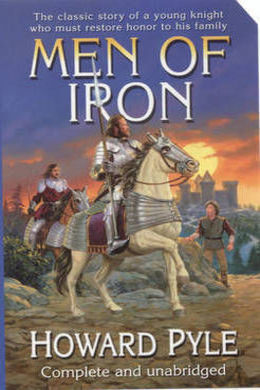 The price of honor…Myles Falworth was only eight years old the day a knight in black rode into the courtyard of his father’s castle with murderous intent, triggering a chain of events that brought disgrace to the house of Falworth. In spite of his family’s disgrace, young Myles quickly wins a reputation for courage and independence while in training as a knight at the castle of the great Earl of Mackworth. Then one day, when Myles is sixteen, he discover that his blind father has been condemned for treason, and is being hunted by a powerful enemy who is close to the King. To challenge the King’s champion means certain death. Myles must fight to restore his family’s rights, but does he dare to risk battle to win back his family’s honor?

Myles Falworth was but eight years of age at that time, and it was only afterwards, and when he grew old enough to know more of the ins and outs of the matter, that he could remember by bits and pieces the things that afterwards happened; how one evening a knight came clattering into the court–yard upon a horse, red–nostrilled and smeared with the sweat and foam of a desperate ride—Sir John Dale, a dear friend of the blind Lord.

Even though so young, Myles knew that something very serious had happened to make Sir John so pale and haggard, and he dimly remembered leaning against the knight’s iron–covered knees, looking up into his gloomy face, and asking him if he was sick to look so strange. Thereupon those who had been too troubled before to notice him, bethought themselves of him, and sent him to bed, rebellious at having to go so early.

He remembered how the next morning, looking out of a window high up under the eaves, he saw a great troop of horsemen come riding into the courtyard beneath, where a powdering of snow had whitened everything, and of how the leader, a knight clad in black armor, dismounted and entered the great hall door–way below, followed by several of the band.