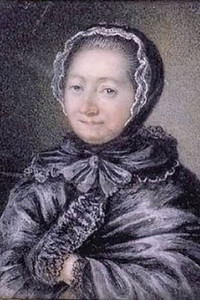 Jeanne Marie Leprince de Beaumont was a French novelist and of Beauty and the Beast and Other Classic French Fairy Tales. Her first work, the moralistic novel The Triumph of Truth (Le Triomphe de la Vérité) was published in 1748. She continued her literary career by publishing many school books and collections she called “magazines” of educational and moral stories and poems for children. She was one of the first to write fairy tales for children. J., The Great Fairy Tale Tradition: From Straparola and Basile to the Brothers Grimm with many others based on traditional fairy tale themes.

Another well-known storyteller of the era, Gabrielle-Suzanne de Villeneuve, wrote a story titled Beauty and the Beast. Le Prince de Beaumont considerably revised and abridged this story, and always included the revised version in the many “magazines” she published over the next 30 years. The success of this shorter revised version is why Le Prince de Beaumont is commonly deemed the author of the classic story. (source: Wikipedia)

A beautiful daughter dreams of meeting a handsome prince, but in order to save her father’s life, she leaves home to live with a terrible, frightening b...read more »