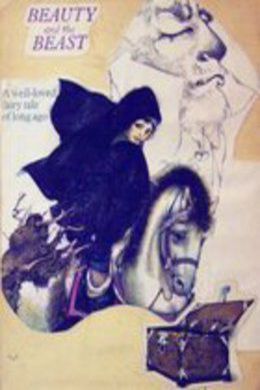 Beauty and the Beast

A beautiful daughter dreams of meeting a handsome prince, but in order to save her father’s life, she leaves home to live with a terrible, frightening beast. Though her patron is hideous, his disarming generosity slowly leads to a surprising connection. Generations of children have been fascinated by the story of the girl named Beauty, who grows to love a fearsome beast by learning to see and cherish his kindness, generosity, and intelligence.

There was once a very rich merchant, who had six children, three sons, and three daughters; being a man of sense, he spared no cost for their education, but gave them all kinds of masters. His daughters were extremely handsome, especially the youngest; when she was little, every body admired her, and called her The little Beauty; so that, as she grew up, she still went by the name of Beauty, which made her sisters very jealous. The youngest, as she was handsome, was also better than her sisters. The two eldest had a great deal of pride, because they were rich. They gave themselves ridiculous airs, and would not visit other merchants’ daughters, nor keep company with any but persons of quality. They went out every day upon parties of pleasure, balls, plays, concerts, etc. and laughed at their youngest sister, because she spent the greatest part of her time in reading good books. As it was known that they were to have great fortunes, several eminent merchants made their addresses to them; but the two eldest said they would never marry, unless they could meet with a Duke, or an Earl at least. Beauty very civilly thanked them that courted her, and told them she was too young yet to marry, but chose to stay with her father a few years longer.

All at once the merchant lost his whole fortune, excepting a small country–house at a great distance from town, and told his children, with tears in his eyes, they most go there and work for their living. The two eldest answered, that they would not leave the town, for they had several lovers, who they were sure would be glad to have them, though they had no fortune; but in this they were mistaken, for their lovers slighted and forsook them in their poverty. As they were not beloved on account of their pride, every body said, “they do not deserve to be pitied, we are glad to see their pride humbled, let them go and give themselves quality airs in milking the cows and minding their dairy. But, (added they,) we are extremely concerned for Beauty, she was such a charming, sweet–tempered creature, spoke so kindly to poor people, and was of such an affable, obliging disposition.” Nay, several gentlemen would have married her, though they knew she had not a penny; but she told them she could not think of leaving her poor father in his misfortunes, but was determined to go along with him into the country to comfort and attend him. Poor Beauty at first was sadly grieved at the loss of her fortune; “but, (she said to herself,) were I to cry ever so much, that would not make things better, I must try to make myself happy without a fortune.” When they came to their country–house, the merchant and his three sons applied themselves to husbandry and tillage; and Beauty rose at four in the morning, and made haste to have the house clean, and breakfast ready for the family. In the beginning she found it very difficult, for she had not been used to work as a servant; but in less than two months she grew stronger and healthier than ever. After she had done her work, she read, played on the harpsichord, or else sung whilst she spun. On the contrary, her two sisters did not know how to spend their time; they got up at ten, and did nothing but saunter about the whole day, lamenting the loss of their fine clothes and acquaintance. “Do but see our youngest sister, (said they one to the other,) what a poor, stupid mean–spirited creature she is, to be contented with such an unhappy situation.” The good merchant was of a quite different opinion; he knew very well that Beauty out–shone her sisters, in her person as well as her mind, and admired her humility, industry, and patience; for her sisters not only left her all the work of the house to do, but insulted her every moment.