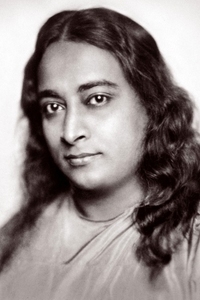 Paramahansa Yogananda born Mukunda Lal Ghosh, was an Indian yogi and guru who introduced millions of westerners to the teachings of meditation and Kriya Yoga through his book, Autobiography of a Yogi. In 1917 Yogananda began his life’s work with the founding of a ‘how-to-live’ school for boys, where modern educational methods were combined with yoga training and instruction in spiritual ideals. In 1920 he founded the Self-Realization Fellowship and was invited to serve as India’s delegate to an International Congress of Religious Liberals convening in Boston. His address to the Congress, on ‘The Science of Religion,’ was enthusiastically received. For the next several years he lectured and taught across the United States. His discourses taught of the unity of ‘the original teachings of Jesus Christ and the original Yoga taught by Bhagavan Krishna.’ (source: Wikipedia)

This acclaimed autobiography presents a fascinating portrait of one of the great spiritual figures of our time. With engaging candor, eloquence, and wit...read more »