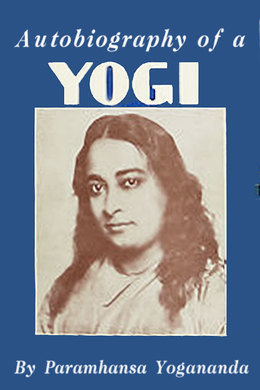 Autobiography of a Yogi

This acclaimed autobiography presents a fascinating portrait of one of the great spiritual figures of our time. With engaging candor, eloquence, and wit, Paramahansa Yogananda narrates the inspiring chronicle of his life: the experiences of his remarkable childhood, encounters with many saints and sages during his youthful search throughout India for an illumined teacher, ten years of training in the hermitage of a revered yoga master, and the thirty years that he lived and taught in America. Also recorded here are his meetings with Mahatma Gandhi, Rabindranath Tagore, Luther Burbank, the Catholic stigmatist Therese Neumann, and other celebrated spiritual personalities of East and West. Autobiography of a Yogi is at once a beautifully written account of an exceptional life and a profound introduction to the ancient science of Yoga and its time-honored tradition of meditation. The author clearly explains the subtle but definite laws behind both the ordinary events of everyday life and the extraordinary events commonly termed miracles. His absorbing life story thus becomes the background for a penetrating and unforgettable look at the ultimate mysteries of human existence.

The characteristic features of Indian culture have long been a search for ultimate verities and the concomitant disciple-guru relationship. My own path led me to a Christlike sage whose beautiful life was chiseled for the ages. He was one of the great masters who are India’s sole remaining wealth. Emerging in every generation, they have bulwarked their land against the fate of Babylon and Egypt.

I find my earliest memories covering the anachronistic features of a previous incarnation. Clear recollections came to me of a distant life, a yogi amidst the Himalayan snows. These glimpses of the past, by some dimensionless link, also afforded me a glimpse of the future.

The helpless humiliations of infancy are not banished from my mind. I was resentfully conscious of not being able to walk or express myself freely. Prayerful surges arose within me as I realized my bodily impotence. My strong emotional life took silent form as words in many languages. Among the inward confusion of tongues, my ear gradually accustomed itself to the circumambient Bengali syllables of my people. The beguiling scope of an infant’s mind! adultly considered limited to toys and toes.

Psychological ferment and my unresponsive body brought me to many obstinate crying-spells. I recall the general family bewilderment at my distress. Happier memories, too, crowd in on me: my mother’s caresses, and my first attempts at lisping phrase and toddling step. These early triumphs, usually forgotten quickly, are yet a natural basis of self-confidence.

My far-reaching memories are not unique. Many yogis are known to have retained their self-consciousness without interruption by the dramatic transition to and from “life” and “death.” If man be solely a body, its loss indeed places the final period to identity. But if prophets down the millenniums spake with truth, man is essentially of incorporeal nature. The persistent core of human egoity is only temporarily allied with sense perception.

Although odd, clear memories of infancy are not extremely rare. During travels in numerous lands, I have listened to early recollections from the lips of veracious men and women.

I was born in the last decade of the nineteenth century, and passed my first eight years at Gorakhpur. This was my birthplace in the United Provinces of northeastern India. We were eight children: four boys and four girls. I, Mukunda Lal Ghosh , was the second son and the fourth child.

Father and Mother were Bengalis, of the KSHATRIYA caste. Both were blessed with saintly nature. Their mutual love, tranquil and dignified, never expressed itself frivolously. A perfect parental harmony was the calm center for the revolving tumult of eight young lives.

Father, Bhagabati Charan Ghosh, was kind, grave, at times stern. Loving him dearly, we children yet observed a certain reverential distance. An outstanding mathematician and logician, he was guided principally by his intellect. But Mother was a queen of hearts, and taught us only through love. After her death, Father displayed more of his inner tenderness. I noticed then that his gaze often metamorphosed into my mother’s.

In Mother’s presence we tasted our earliest bitter-sweet acquaintance with the scriptures. Tales from the MAHABHARATA and RAMAYANA were resourcefully summoned to meet the exigencies of discipline. Instruction and chastisement went hand in hand.

A daily gesture of respect to Father was given by Mother’s dressing us carefully in the afternoons to welcome him home from the office. His position was similar to that of a vice-president, in the Bengal-Nagpur Railway, one of India’s large companies. His work involved traveling, and our family lived in several cities during my childhood.

Mother held an open hand toward the needy. Father was also kindly disposed, but his respect for law and order extended to the budget. One fortnight Mother spent, in feeding the poor, more than Father’s monthly income.

“All I ask, please, is to keep your charities within a reasonable limit.” Even a gentle rebuke from her husband was grievous to Mother. She ordered a hackney carriage, not hinting to the children at any disagreement.

“Good-by; I am going away to my mother’s home.” Ancient ultimatum!

We broke into astounded lamentations. Our maternal uncle arrived opportunely; he whispered to Father some sage counsel, garnered no doubt from the ages. After Father had made a few conciliatory remarks, Mother happily dismissed the cab. Thus ended the only trouble I ever noticed between my parents. But I recall a characteristic discussion.

“Please give me ten rupees for a hapless woman who has just arrived at the house.” Mother’s smile had its own persuasion.