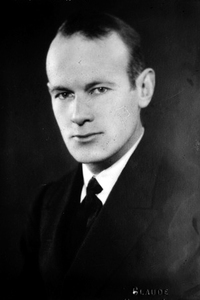 William Stephen Richard King-Hall, Baron King-Hall of Headley was a British naval officer, writer, politician and playwright. He fought in the First World War between 1914 and 1918, with the Grand Fleet, serving on HMS Southampton and 11th Submarine Flotilla, and gained the rank of Commander in the service of the Royal Navy in 1928, before resigning in 1929. He wrote several plays between 1924 and 1940 and was awarded the Royal Institute of International Affairs Gold Medal for his 1920 thesis on submarine warfare.

The diary of a World War One U-Boat commander. As well as being a fascinating glimpse of life on the German U-boats during the intense submarine blockad...read more »