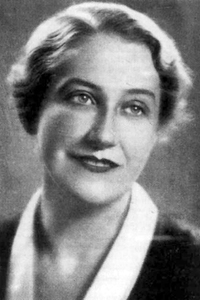 Thea Gabriele von Harbou was a German actress, author and film director of Prussian aristocratic origin. She was born in Tauperlitz in the Kingdom of Bavaria. After moving to Berlin in 1917, von Harbou was devoted, full-time, to building her career as a writer and was drawn to writing epic myths and legends with an overtly nationalistic tone. In the words of Patrick McGilligan, Fritz Lang historian, “Her novels became patriotic and morale-boosting, urging women to sacrifice and duty while promoting the eternal glory of the fatherland”.

This is Metropolis, the novel that the film’s screenwriter – Thea von Harbou, who was director Fritz Lang’s wife, and a collaborator in the creation of ...read more »